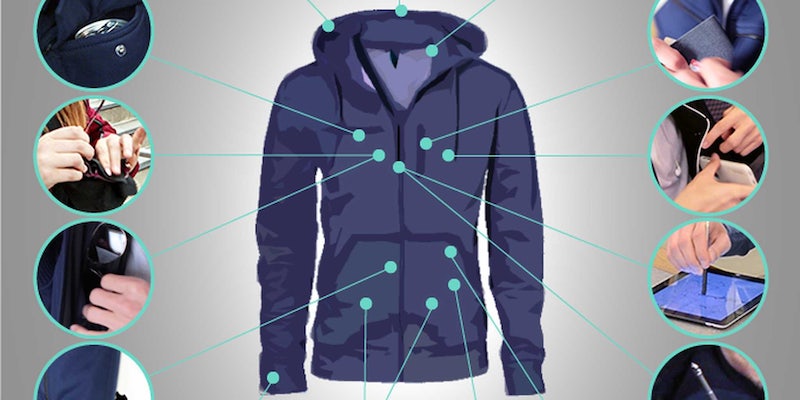 It has 15 different functions. 16, if you count the jacket part.

Everyone likes things that do more than one thing—sneakers that also light up, a suitcase that’s also a backpack, and the ultimate multitasker, the Swiss Army knife. Now there’s the Baubax, a jacket that can do pretty much anything you need it to do. As you might expect, the Baubax obliterated its Kickstarter goal.

Baubax is the invention of Hiral Sanghavi, an entrepreneur and student at Northwestern University’s Kellogg School of Management who travels back and forth between Chicago and San Francisco to see his wife (who also helped create the jacket).

Sanghavi described it as “The Swiss Army Knife of travel jackets,” and it’s easy to see why. The jacket comes in four different styles: Bomber, windbreaker, sweatshirt and blazer. All four iterations boast 15 different features — 16 if you count its basic function as a jacket. 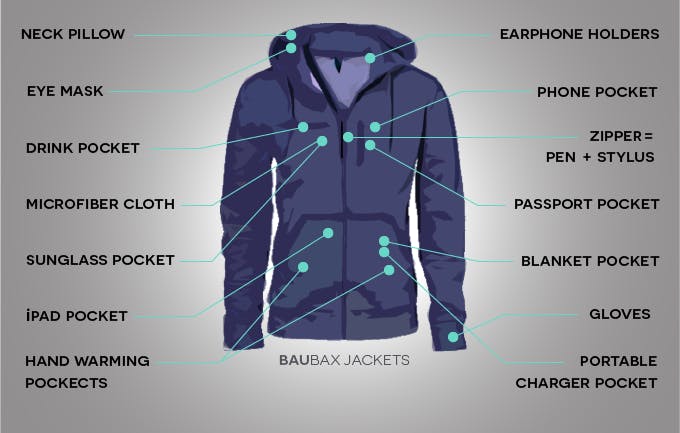 Sanghavi, along with his wife and company co-founder and chief design officer Yoganshi Shah, launched their Kickstarter on July 7 with an initial goal of $20,000.

“$20,000 is all we needed to build molds for the neck pillow, with best-in-the-world innovative valve technology that helps inflate the pillow in only 2 seconds, and zipper (with pen + stylus),” Sanghavi told the Daily Dot. “My wife and I were so passionate about this idea that we knew we would take this forward regardless of how much money we raise on Kickstarter, so we decided to raise money for the extras only,such as the molds. Apart from that, the customers are paying for everything else that goes into their jackets.”

Despite the fact that they’ve far and away exceeded their goal, Sanghavi said there still wouldn’t be much money left over.

“Given the quality that we are going to deliver in such a short span, we are running on razor sharp margins making very little money for ourselves,” he said. “We have seven sizes, eight styles, [an] average [of] two colors per style. [That] means we have 150 [variants], which is equivalent to offering custom-made sizing. It is just not possible for us to continue on this pricing in the future. Our retail prices will be much higher.”

When his investors, friends and professors first heard about Baubax, they were sure it would be a hit. But they couldn’t have predicted just how much people wanted it.

“I must admit that we didn’t expect to grow at such a fast pace,” Sanghavi said. “We are humbled and thrilled to see how quickly we are reaching close to the $1.05 million mark, I am shocked by that.”

According to their timeline, the jackets will be ready to ship in November. If the Kickstarter’s success is any indication, many lucky people will be waking up to this jacket on Christmas morning.