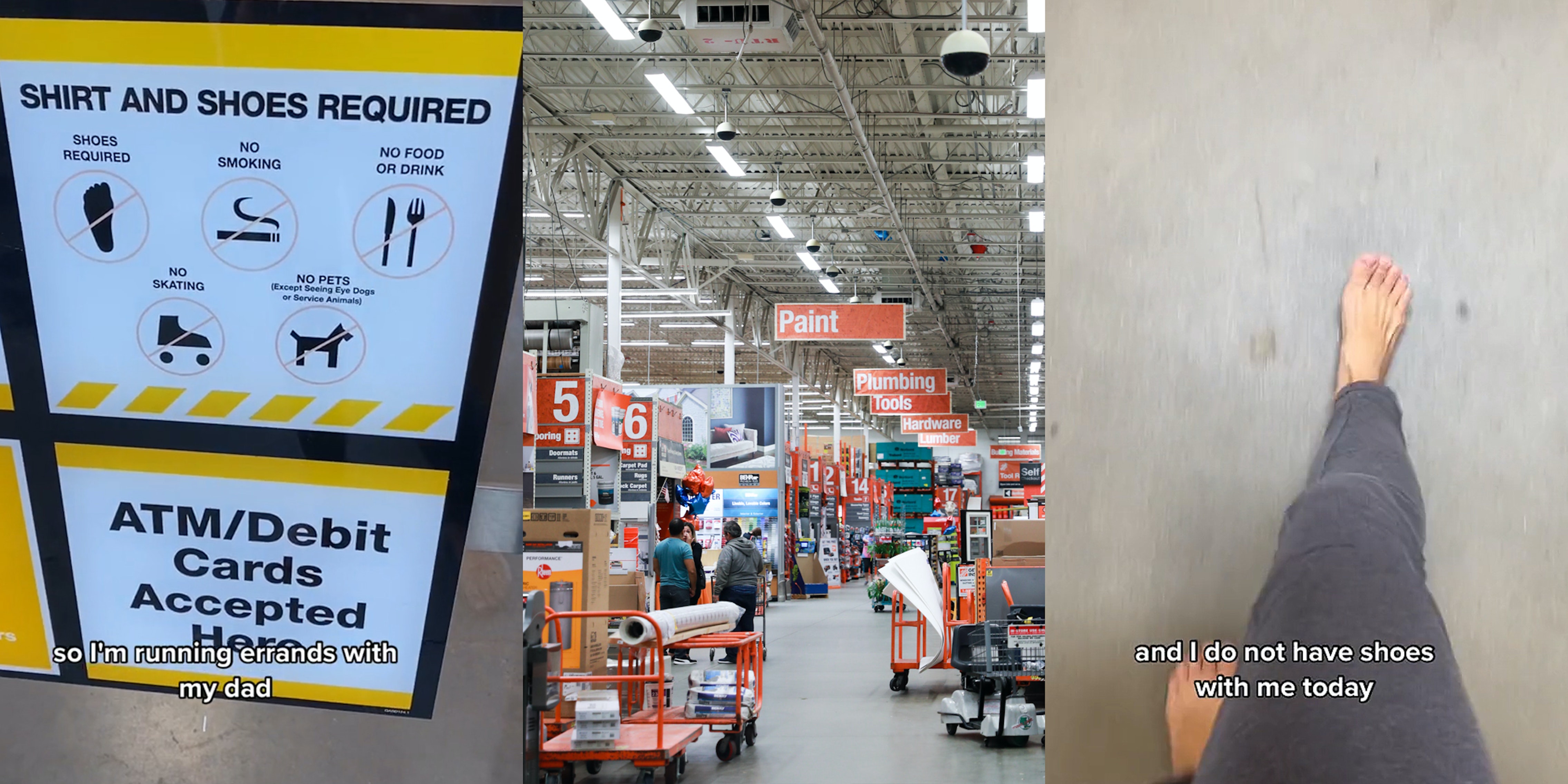 ‘I can just imagine how BLACK the bottom of your feet are’: Woman’s ‘barefoot lifestyle’ sparks debate after she walked around Home Depot barefoot, defying store rules (updated)

'And then she steps on broken glass...and sues the store.'

A user on TikTok has gone viral after filming a video of themselves walking barefoot into Home Depot, ignoring a sign on the door that reads “SHOES REQUIRED.”

In the video, TikToker Mara (@theamazingmara) films the store sign after which she decides to ignore it and walk into the store barefoot anyway.

“So I’m running errands with my dad and this is the first store in forever that has a ‘shoes required’ sign and I do not have shoes with me today,” she says in the clip. “I do understand it and I’m at a hardware store so it does make sense so I’m just being sneaky and trying to hide behind the basket”.

In the comments section, viewers quickly expressed outrage at the woman’s behavior.

“‘I read the rule and fully understand why they have a valid rule but im just not gonna follow it'”, one commenter criticized.

“And then she steps on broken glass or smth and sues the store,” another sarcastically speculated.

“It’s not about getting hurt it’s about if OSHA sees this they’ll be shut down and fined thousands,” a third pointed out.

However, some disagreed and defended the TikToker’s choice to walk barefoot.

“Why is everyone so pressed? It’s her feet,” another said.

“Why do you not wear shoes?” one of them asked. “Just curious no judgment.”

While Mara didn’t reply to that specific commenter, she has previously posted a TikTok addressing the subject. In it, she explained that it’s “just personal preference, plus being barefoot is better for your foot health.”

The Daily Dot has reached out to Mara via email for comment.

Update 9:52am CT November 13: In an email response to the Daily Dot, Mara shared her thoughts on the situation.

“I’m fine with the black lash. I expect it on videos where I share things that aren’t really socially accepted. I will continue to be barefoot as much as possible and share my lifestyle publicly on social media platforms.”