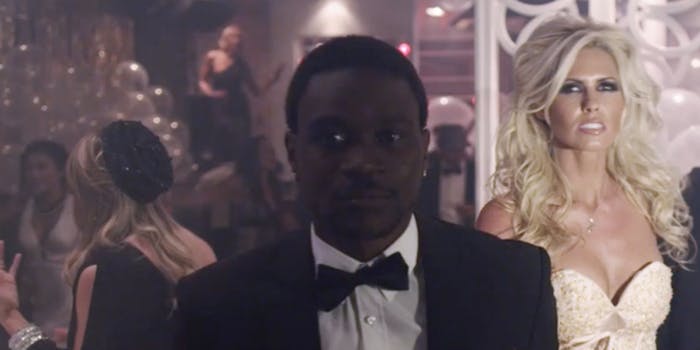 So your significant other popped the question, and you’ve decided to spend the rest of your life together. How to break the news to your friends and family?

The Internet’s made it easy to share such an event, but if you’re Janice Jentz and Bambo Obaro, Facebook’s not enough.

The San Francisco power couple—Obaro’s a Silicon Valley litigation associate, and Jentz practices family law—got engaged a few months ago, but their engagement video, or rather, “trailer,” is just now making the rounds.

This isn’t your typical Internet-quirky engagement video. This one looks like an ad for a new vodka, complete with Obaro flying a private helicopter to the club, where his bride-to-be is waiting in a designer gown, her hair an architectural feat of styling product and good lighting. Everyone is partying in slow motion. The only thing missing is them walking away from an exploding limo while they both put on sunglasses, but maybe they’re saving that for the wedding announcement.

The end of the “trailer” states the wedding is in July. You can pretend RSVP on their website, bosswedding.com.