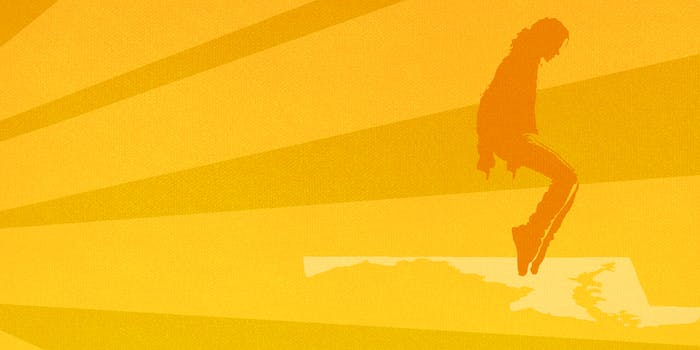 A bright spot in a day of darkness.

It was difficult to find a bright spot amid the darkness as day gave way to night in the city of Baltimore Monday. Riots erupted across the city after the funeral of a 25-year-old black man named Freddie Gray who died in police custody, but one man took it upon himself to lighten the mood.

As helicopters swooped overhead, videos shared by Sputnick News show the man dancing on top of a truck and in the street with others while Michael Jackson hits blared. He busted out some of MJ’s signature moves, not skipping a beat, despite being two blocks away from a burning CVS pharmacy and the soundtrack of protest humming in the background.

Perhaps most poignant was the playing of Jackson’s “They Don’t Care About Us,” which includes the lyrics “I am the victim of police brutality, now/I’m tired of bein’ the victim of hate.” Whether this was particularly applicable to the late Jackson is unconfirmed, but it had an obvious relevance Monday afternoon in Baltimore.