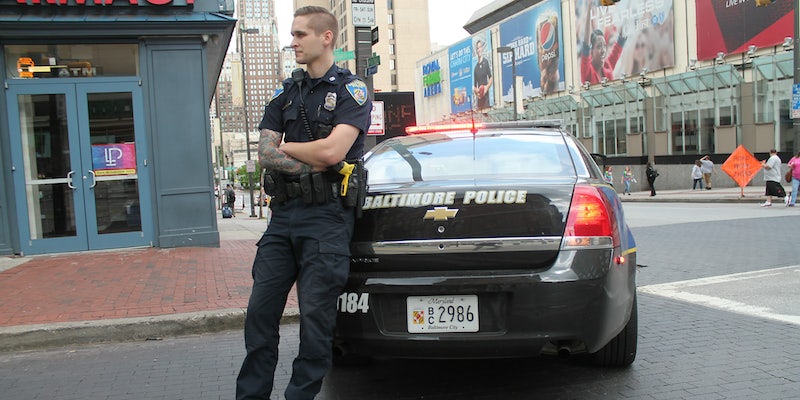 'Hundreds' of court cases have been dropped as the officers face various criminal charges.

Last week, an ex-detective testified that members of the Baltimore Police Department’s Gun Trace Task Force have committed armed robberies and forged records. Another disturbing detail: The task force was instructed to use toy guns as an evidence plant, just in case they found themselves “in a jam,” the Root reports.

The use of toy guns came to light after task force Officer Maurice Ward was arrested and a toy gun was found in his glove compartment. This left federal authorities puzzled—until it was uncovered that the unit’s supervisor, Sgt. Wayne Jenkins, had reportedly instructed the task force officers to keep toy guns with them just in case they needed to plant evidence at a scene.

Jenkins himself “kept a collection of BB guns on hand” so he could “plant them on people in the case of officer-involved shootings,” Vibe reports. Almost a dozen officers from the task force were arrested and indicted on various charges, from racketeering to robberies, and Ward pleaded guilty to racketing charges in July 2017 after saying that he was part of four different robberies that took place during 2016.

Testimony suggests the task force operated more like a gang than a police force, targeting both drug dealers and local residents and selling obtained drugs and guns back on the streets for a profit.

“The fallout from the indictments has included hundreds of dropped court cases that relied on the word of the officers, with the public defender’s office saying thousands of cases have been compromised,” the Baltimore Sun reports. “Notices for dozens of civil claims also have been filed with the city.”

The case also raises larger questions about whether the Baltimore police—and police departments across the U.S., for that matter—regularly use false evidence in order to protect officers. Body cams, which are used in part to protect civilians and hold officers accountable, have also caught police planting drugs and reenacting investigations.

Read the full report from the Root here.