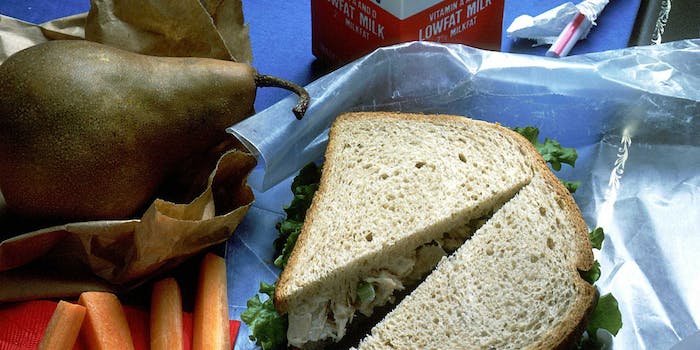 With Baltimore schools closed, the #BaltimoreLunch campaign steps up to feed kids

Amid the protests and cleanup, kids who can't go to school are in danger of going hungry.

Baltimore public schools were closed on Tuesday after protests over the suspicious death of Freddie Gray turned violent on Monday night, with rioters setting dozens of fires and over 200 people arrested.

The school closure was intended to keep kids safe in the event of another day of violence, but the move may have done more harm than good, because 84 percent of the 85,000 kids in the area rely on school for free or reduced-cost lunches.

Social media responded by launching #BaltimoreLunch, an attempt to pick up where schools left off that quickly trended on Twitter. The campaign promotes awareness of programs that provide free lunches to low-income Baltimore students who can’t access their school cafeterias today.

If you are interested in donating lunch to children in Baltimore, please follow & check the #BaltimoreLunch hashtag!

BaltimoreUprising.org, which has aggregated information on community-service efforts in the wake of the protests-turned-riots, lists two sites where nonprofit organizations are giving out free meals. Operation Help of Hush is handing out food on Tuesday at 222 N. Bentalou Street from 1pm to 3pm, and the bookstore and coffeehouse Red Emma’s began serving free food to the city’s youth at 11am.

Rodney Cobb, a Washington, D.C., programmer, launched a website that displays all free-lunch locations on an easy-to-navigate map.

Operation Help or Hush is also serving food at a number of other locations:

Many of the tweets with the #BaltimoreLunch hashtag directed people to the donation page for Operation Help of Hush.

The lack of food isn’t the only potential consequence of the school closure. Childcare for parents who have to work is also a major issue.

One local community center has offered to provide free babysitting for families who have been left with no other options.

@akacharleswade @ophelporhush if you have to work please bring you kids to penn north community center- they can care for them today. Pls rt

Art gallery and performance venue Area 405 is also offering free meals and childcare for families affected by the school closure.

The Baltimore charity efforts are similar to a campaign in Ferguson, Mo., that began after the city’s public schools were closed due to protests over the death of Michael Brown. That effort, called Feed The Students of Ferguson, was spearheaded by an elementary school teacher in North Carolina. It managed to raise over $35,000 from more than 1,500 donors in the span of 12 hours.