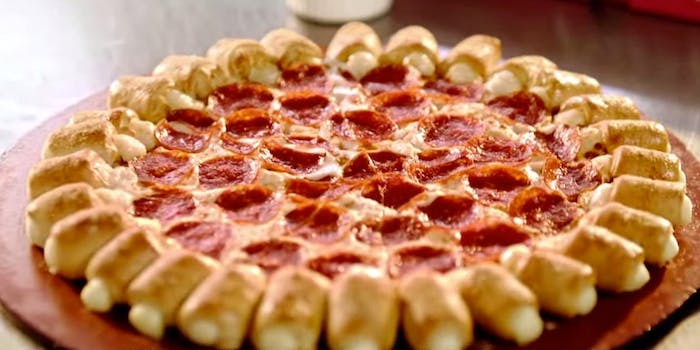 The 8th graders at Clearview Middle School asked Pizza Hut for this customized dream pie. They got their wish.

Bacon, macaroni and cheese, and pizza are all delicious separately. But together, they’re life changing. Some lucky eighth-graders got to chow down on the creation thanks to Pizza Hut.

It all started when students at Clearview Middle School in New Jersey were asked to create new foods as part of a statistics project. A bacon mac n’ cheese stuffed crust pizza proved wildly popular in class—because hello, cheesy amazingness—, so the next part of the project was to write to food companies and get their feedback on the culinary masterpieces they brainstormed. 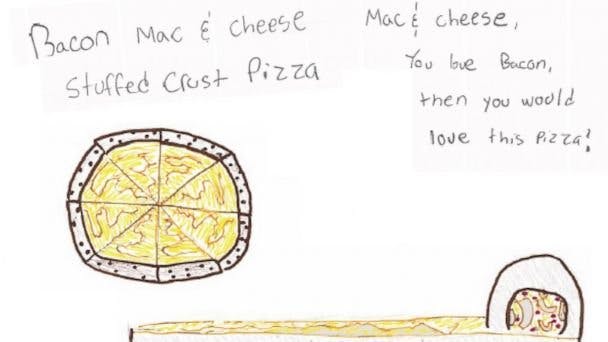 The good people at Pizza Hut also recognized the magic behind the cheesy, blissful dream and wrote back to the class. Class teacher Anne Paoletti surprised the students by starting the class off with a test. But then she had them stop in the middle, inviting the letter writers to read their response from Pizza Hut. The class then made its way down to the multipurpose room (remember those?) for a surprise pizza party.

Pizza Hut Frankenstein-ed the bacon mac n’ cheese crust pizza in its test kitchen, but they also served cheese and pepperoni pies for the event.

Check out how giddy the students were in the video below: