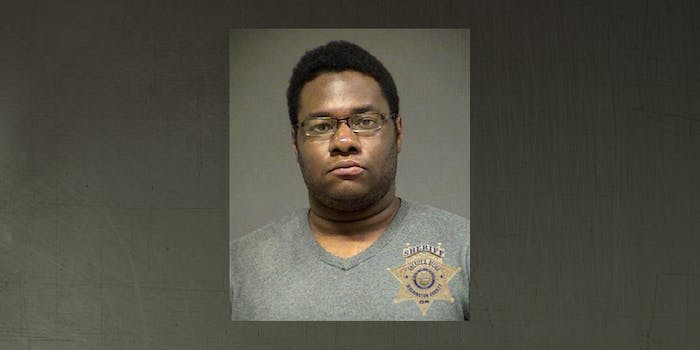 The suspect posted bail, but he still faces serious charges—and it's in part because of social media.

In March, Joshua Marbury and Alicia Quinney came home to discover that their infant son Jacob had been beaten by babysitter Markell Deon Hilaire. The couple called the police and filed a report.

After Hilaire allegedly confessed, Marbury and Quinney expected swift justice. Instead, prosecutors dropped their case against Hilaire. Marbury took to Facebook to protest the decision, saying he was “SO furious that im [sic] not using profanity HOPING something is done and this goes viral.”

The post did indeed go viral, earning more than 400,000 shares, and the story received coverage in mainstream outlets like Today and the New York Daily News. Social media users adopted the hashtag #justiceforjacob.

Police eventually arrested Hilaire on June 3 and held him on $10,000 bail. He was charged with first-degree criminal mistreatment, third-degree assault, and fourth-degree assault.

An earlier statement by the D.A. explained why Hilaire hadn’t been arrested immediately. Oregon law requires proof of “physical injury,” the D.A.’s office said, but state courts have “interpreted the definition of physical injury to severely limit its meaning, especially for non-verbal victims.” As a result, “evidence of traumatic bruising alone on a child is generally not sufficient to constitute a physical injury.”

Hilaire was released on June 7 after posting bail.