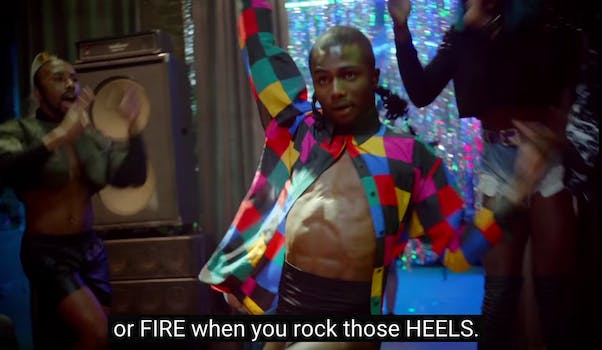 'The most attractive man you can be is yourself.'

Maybe commercialized masculinity isn’t so fragile after all? Axe’s latest ad suggests a rebranding of what it means to be a man.

The latest commercial, “Find Your Magic,” features men who are voguing, a wheelchair-enabled man, and other images of men that don’t quite fit the standard masculine stereotypes: the manly man and the good-looking guy who gets the girl.

“Who needs a six pack when you have your own thing?” the YouTube description reads. “No must-have, must-be, fashion norms or body standards. The most attractive man you can be is yourself. So find what makes you, you. Then work on it.”

Yet, this change comes after years of Axe being criticized for images that are hypermasculine, objectify women, or promote rape culture.

“Masculinity today is going through seismic changes,” Matthew McCarthy, senior director of Axe & Men’s Grooming, said in a statement. “More than ever, guys are rejecting rigid male stereotypes. We’ve been part of guys’ lives for decades, and Axe champions real guys and the unique traits that make them attractive to the world around them.”

Not everyone is buying the brand’s attempt at “rejecting rigid male stereotypes.” Societal standards of masculinity aren’t so easily changed, according to Steven Dashiell, an adjunct professor at Towson University and a Ph.D student at the University of Maryland, Baltimore County.

“I have been following the [Axe] commercials for a while but I have to say that the company has been doing a pretty consistent job of playing on masculinity,” Dashiell told the Daily Dot via Facebook Messenger. “That’s how they made their fortune, in fact. So I don’t know if this commercial would be seen as a departure or just reinforcing a pretty consistent message they’ve had for years.”

Dashiell says that’s the confusing thing about it. “The text can be about ‘masculinity can be different,’ but I still think the subtext reinforces traditional masculinity.”

According to Dashiell, who researches marginalized masculinities, the multiple concepts of masculinity touched on in the ad are not only too briefly expressed in commercials, but also being used as comic relief.

Dr. Eric Anderson, a sociologist who studies “inclusive masculinity” and challenges both sexism and homophobia, would call this “orthodox or traditional masculinity” still at play, Dashiell says.

Finally, there’s the question of the medium: “Just because something makes it to a commercial doesn’t mean the large portion of culture buys into it. … I’d say we are seeing aspects of the multiple masculinities more on commercials, but they aren’t new, and it’s … not movies or long-running characters on shows,” Dashiell adds.

So is it a “seismic shift,” or is this ad just finding a new way to explore the same stereotypes? Check out the new ad and see for yourself.