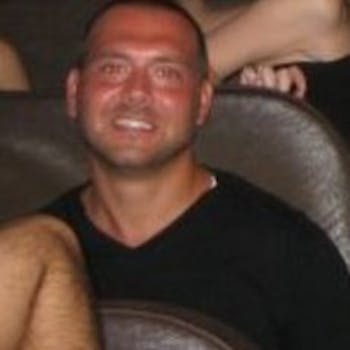 After Avenger Controller PR fail, the bully becomes the bullied

Trolling public relations representative Paul Christoforo is apparently out of a job and surrounded by allegations of alleged steroid use and domestic violence charges.

“The Internet is run by guys you used to pick on in high school. Payback is a bitch.”

That tweet of advice to @OceanStratagy from @Stexe sums up the lesson that Paul Christoforo is learning the hard way.

After picking on an Avenger Controller customer named Dave and gaming giant Mike Krahulik yesterday, Christoforo quickly learned that there are some people who won’t tolerate his thuggish behavior. Even after hurriedly changing his Twitter handle from @OceanMarketting to the equally misspelled @OceanStratagy (and he may switch again), he is still being lambasted.

Now, users have discovered Christoforo’s alleged steroid abuse and domestic violence charges and brought them out into the open. Avenger Controller’s replacement PR representative, Eli Schwartz, told Kotaku that Christoforo is “out of business.”

It would appear that the tables have turned: The bully has become the bullied. Yesterday, Krahulik wrote that he received a very insincere apology from Christoforo:

“I didn’t know how big your site was and I really didn’t believe you ran Pax , So for what’s its worth I am very sorry.”

Krahulik, who said he’d been bullied as a child, felt no sympathy.

Judging by the Twitter users whom Christoforo continues to provoke, few were satisfied with this apology, and users will likely continue to dish out Internet justice until they get bored.

“You, good Sir, are a f*cking bully who hasn’t learnt their lesson yet,” tweeted @StanAngeloff.