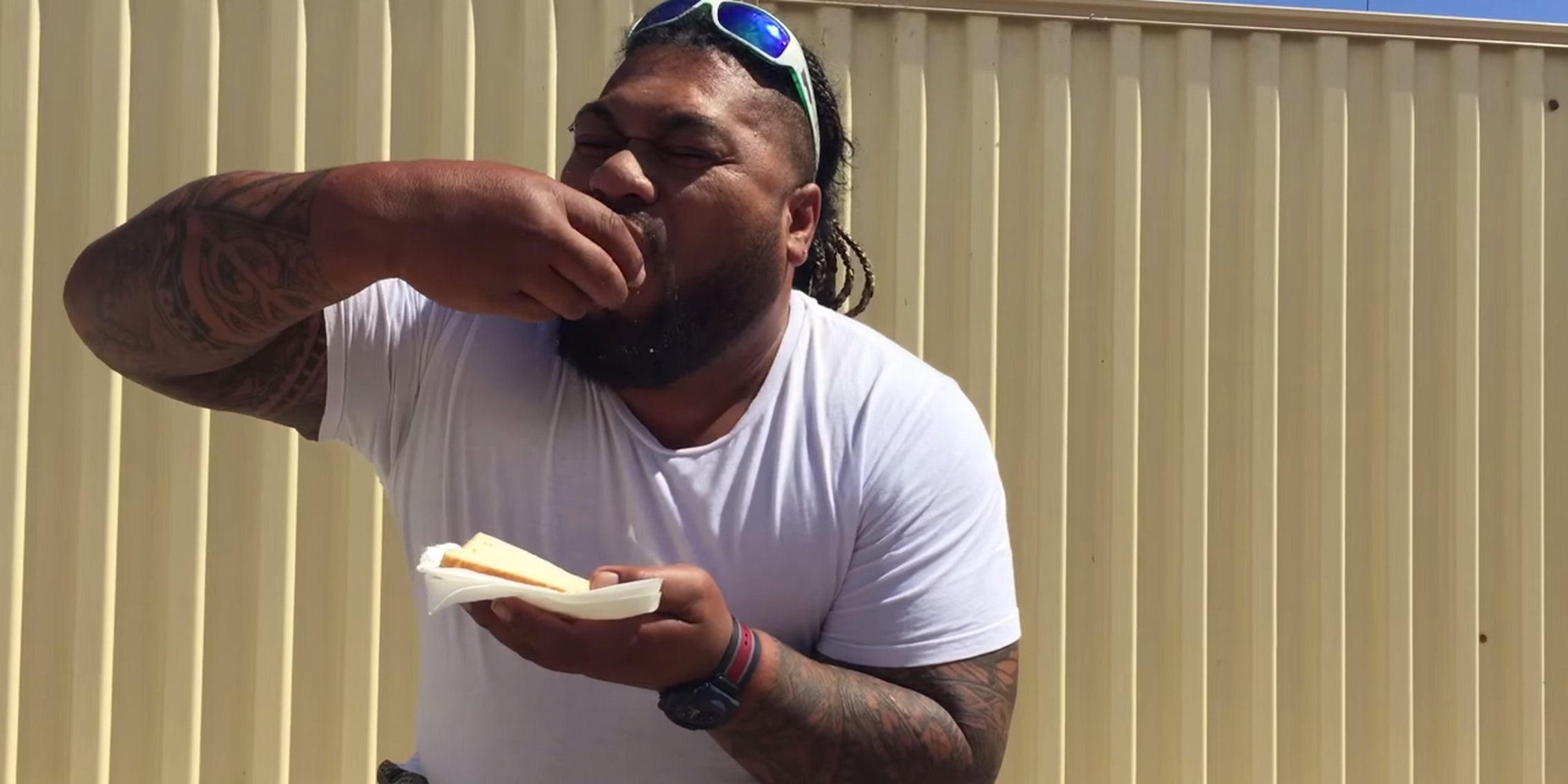 Anyone want an Australian breakfast?

The Mid-Atlantic region woke up to the season’s first massive snow on Tuesday morning, but down under, it’s so hot they’re frying eggs on the sidewalk.

In Perth, Australia, the temperature reached a whopping 46 degrees Celsius on Monday. For you Americans, that’s 114 degrees Fahrenheit, or “scalding” in layman’s terms.

If we lived in Perth right now, we’d probably be spending the day inside next to the biggest air conditioner we could find. But for one group of Australians, yesterday was a day of opportunity rather than a day to nestle one’s head into the nearest fridge.

17-year-old YouTube user HeyItsNeishy uploaded a video showing just how hot things are in Perth. In it, his friend makes an egg sandwich in a matter of minutes with nothing but a skillet and a little solar power.

Of course, the video is a little deceptive. Research has shown that even in extremely high temperatures, sidewalks don’t actually absorb enough light to maintain egg-frying temperature, which is around 158 degrees Fahrenheit.

The man in the video above isn’t actually frying directly on the sidewalk—he’s using a black iron skillet, which absorbs more light than the sidewalk would absorb directly. The skillet also likely had a few minutes to warm up before being put to the test.

While we’re glad we don’t have to replicate this experiment any time soon, we have to commend the chef for scoring such stand-out yolks. Sunny side up, anyone?