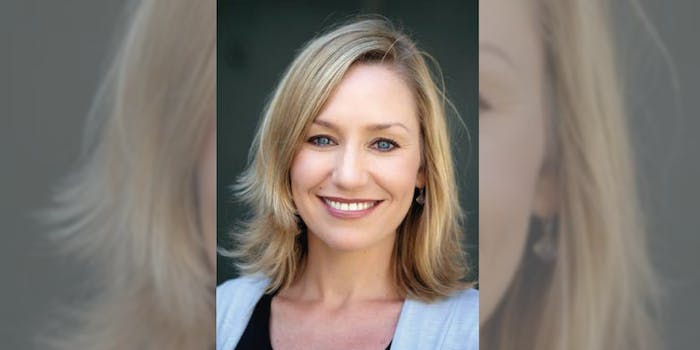 No matter what studies determine to be the benefits of breastfeeding babies, breaking down political gender barriers is definitely one of them.

An Australian politician and her 10-week-old daughter have made history after becoming the first to breastfeed in the country’s Senate chamber.

According to Australian newspaper the Age, Greens co-deputy leader Larissa Waters breastfed her daughter Alia Joy on Tuesday when she returned to Parliament for the first time since giving birth to vote on a motion.

“So proud that my daughter Alia is the first baby to be breastfed in the federal Parliament! We need more #women & parents in Parli #auspol,” Waters tweeted after.

So proud that my daughter Alia is the first baby to be breastfed in the federal Parliament! We need more #women & parents in Parli #auspol pic.twitter.com/w34nxWxG0y

Waters’ historic move shows that women can parent and politic simultaneously, and it comes after the senator helped further Parliament rules for parents last year by expanding preexisting breastfeeding rules to allow new parents to briefly care for their infants on the Parliament floor. Similar rules have been adopted by Australia’s House of Representatives.

Photos from Waters’s historic feeding starkly contrast a 2009 incident during which Australian Greens Senator Sarah Hanson-Young had her two-year-old daughter Kora taken from her and removed from the Senate chamber.