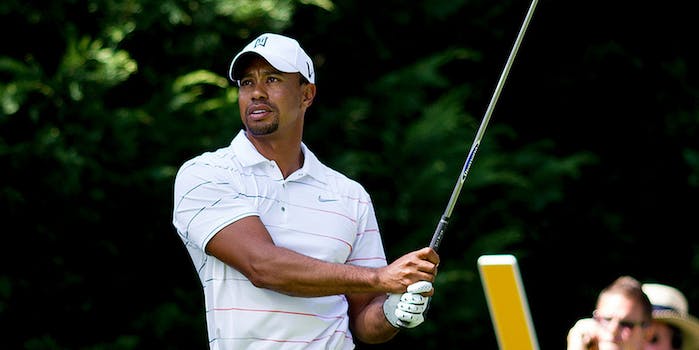 Fans wish athletes would just stick to tweeting about sports

A study found fans would prefer if athletes dropped the tweets about their personal lives and the "attempts to sound cool or edgy."

Hey, athletes: Your Twitter fans don’t give a hoot about your personal lives or endorsements. All they really want to hear from you is sports talk, according to a researcher.

For her Ph.D dissertation, Professional Athlete Self-Presentation on Twitter, Katie Lebel of the University of Western Ontario carried out three studies. One gauged fan response to how athletes present themselves on Twitter through a survey of 407 golf fans.

The fans mainly liked when athletes interacted with other sports stars, offered sport analysis and opinion, and provided behind-the-scenes information. Humor and the use of photos and videos were also seen as important.

Many of the fans, Lebel wrote, “urged athletes to produce authentic content that revealed aspects of their personality, believing this made them more interesting and relatable. Respect was a second theme, with participants recommending that athletes be courteous with their online presence at all times.”

Participants also urged sports stars to avoid commenting on hot button topics like politics and religion, while “some even suggested they keep their personal lives personal.” Participants wanted athletes to remember they are role models, while being “relevant, honest, and humble” and placing an emphasis on quality over quantity

Tellingly, survey respondents urged sports stars to keep a positive attitude and to steer clear of controversy by tweeting attempts to “seem cool or edgy.”

Of course, there exists a long, long line of instances in which professional athletes have jammed their feet in their mouths on Twitter.

NBA players have been fined for slamming referees, using derogatory terms in direct messages, making threats, and sharing photos of their girlfriends’ posteriors.

In soccer, players have been censured for calling other players “gay,” using racist remarks, hitting out at commentators, and joking about bets. One was even forced to give up his phone after becoming obsessed with Twitter.

The English Premier League established guidelines to clamp down on unsavory remarks, while England international players were banned from tweeting on gameday.

That’s just scraping the surface of the litany of controversial tweets by athletes over the years.

Another of Lebel’s studies looked at how athletes present themselves based on 10 self-presentation strategies and examined the differences in how pro tennis players with verified Twitter accounts projected their image based on gender. She found they they interacted with other athletes, celebrities, family, and friends in around 30 percent of tweets, with around six percent of tweeting time spent on fan comments about other sports.

Lebel, of Western University in London, Ontario, also looked at public reaction to profile photos of the most followed male and female athletes on Twitter. She reported shots depicting the athletes in sports context worked better than glamour photos and photos in which it wasn’t easy to identify them among a Generation Y audience (i.e. those born between 1977-1994).

The dissertation is a fascinating look into what Twitter users actually want to see from people they admire and can help athletes figure out the best things to tweet about. But let’s face it, athletes embarrassing themselves is often amusing for us mere mortals.