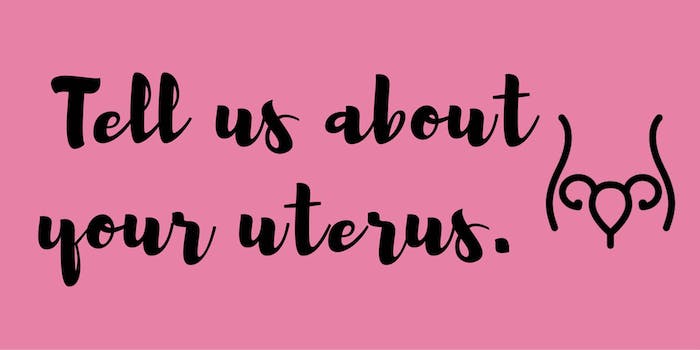 Photo via Ask Me About My Uterus

A new site wants to talk to you about your uterus

Ask Me About My Uterus focuses on the bloody, beautiful realities of womanhood.

Abby Norman has been writing about her uterus for a long time. So when she realized other people wanted to write about their uteri, starting an online publication just made sense.

This spring, Norman launched Ask Me About My Uterus, which is all about periods, endometriosis, PCOS, PMDD, infertility, and more. Norman told the Daily Dot in an email, “From a young age, girls are told to keep this air of mystery around their menstrual cycle. We’re taught that it’s gross and that we have to have constant vigilance about bleeding through our clothes.”

Norman hopes to break down those cultural norms and start a more honest conversation about women’s bodies. She also wants the publication to be inclusive, focusing on the experience of trans men. She explained, “The experiences of trans men, or those who were born with female organs but prefer not to identify as either male or female, run into some incredibly difficult challenges when it comes to healthcare. Whether they’re being refused care because they don’t check a box on their patient history form, or the medical profession refuses to acknowledge their transition, we all need to hear their stories and become allies.” 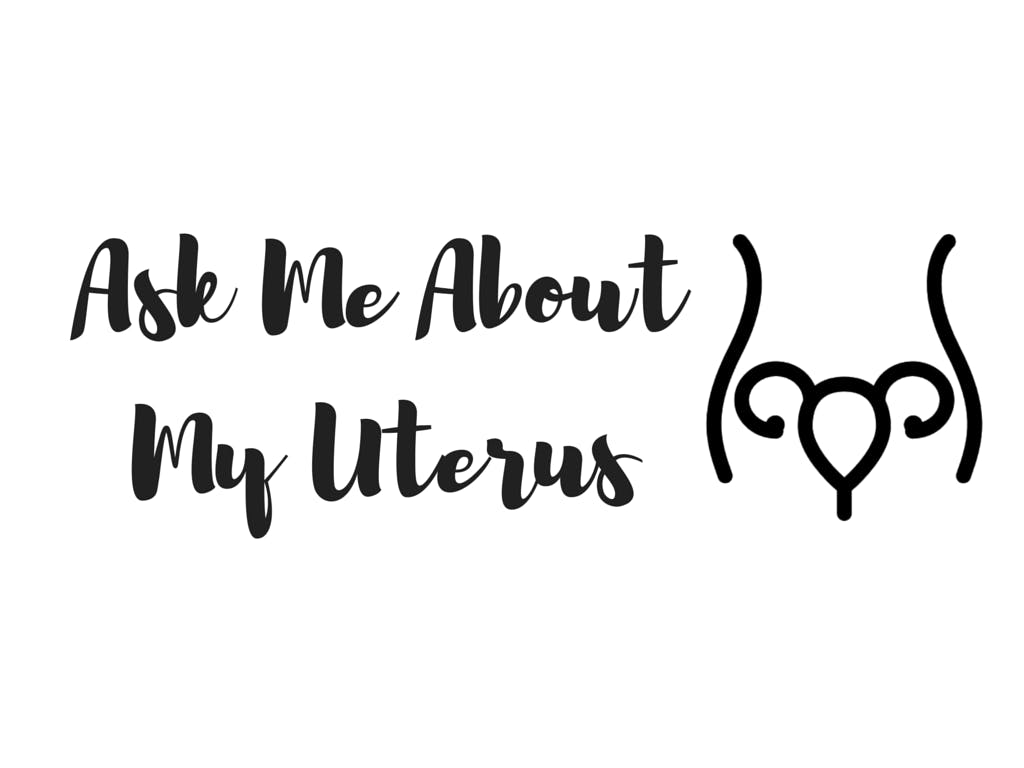 Because of the myths and misconceptions that surround women and their bodies, very little is known about what a normal period looks or feels like. Norman explained, “One thing we do in the publication is interview women about their menstrual history and you would be really surprised at the wealth of experiences. No two women have ever had the same exact menstrual experience, yet we’re told over and over again what’s normal. The truth is, medicine has no idea what a normal period looks like.

Norman says this is because no one has studied it. “Women’s pain, especially, has largely been normalized without being well-studied,” she said. Which is exactly why she hopes to fill that void with her site.

Norman opened up Ask Me About My Uterus for submissions last month, and since then, she’s been overwhelmed with responses. “Women are clearly ready and willing to have these conversations, to learn from each other’s experiences—they just needed the right platform and community in which to do it. We’d like to be that space.”

When I couldnt afford tampons Id take them from churches/places that had them 4 patrons. Food stamps don't cover tampons #askmeaboutmyuterus

But the realities of independent publishing in a digital age mean that taking on a bold project like this is costing Normal personally. On June 1, Norman started a Patreon page, where users can subscribe to the site for $5 a month and receive early access, plus get some swag and the opportunity to be part of its research community.

“ASK ME ABOUT MY UTERUS bumper stickers are going to be a reality,” promises Norman. “Plus, on my end, I need help with all the backend stuff. Medium doesn’t pay me, so I pay out of pocket for the domain and all that, as anyone who starts a publication does.”

Despite the uterine focus of the site, Norman says she hopes the content is accessible to all people. “I’ve had the occasional comment, tweet, or email from a guy who read about some woman’s experience and was like, ‘Holy shit, I honestly never thought about that before, I have much more empathy for my girlfriend now,’ or ‘I’ve been married 25 years and never knew that my wife went through this.'”

It’s clear from the early response to the site that breaking down the stigmas that surround women’s bodies helps us all. Norman explains, “Women today still deal with many of the social challenges that our mothers and grandmothers did, but we’re also living in a hyper-connected online world that allows us to communicate with other women, all over the world, in real-time, about our shared experiences.”