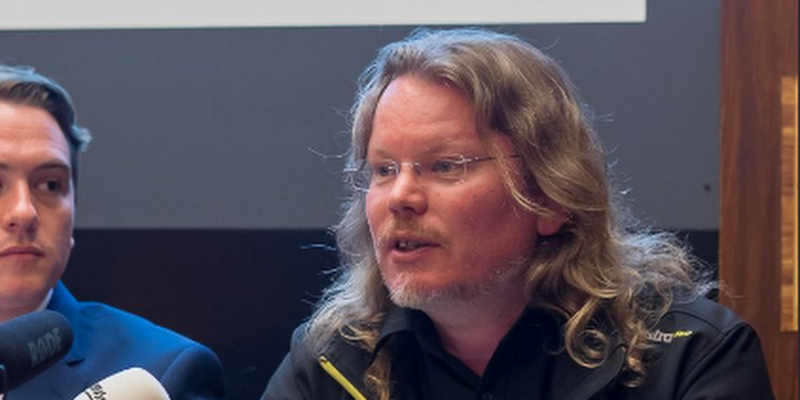 Fellow activists are leading the search.

Kamphuis has been missing since since Aug. 20 and was last seen when he checked out of the Scandic Havet hotel in Bodø, Norway.

Police confirmed on Sunday that an investigation involving the National Criminal Investigation Service, known as Kripos, had been opened into the disappearance by Tuesday. Kripos are Norway’s law enforcement agency specializing in technical and forensic level investigations, both finding missing persons and fighting organized crime.

“We are investigating where he has traveled, information about the hotels he visited, telecommunications, and are questioning people who may have information,” Trond Lakselvhaug, a senior police officer, explained to local press. “Contact has been made with the police in the Netherlands. At the moment there is no reason to assume that there is a crime, but we keep all possibilities open.”

Kamphuis, 47, was due to travel 435 miles south to Trondheim, Norway, a 10-hour train ride, from where he was to fly to Amsterdam two days later. Kamphuis, however, didn’t check in for his flight.

Other activists and organizations across Europe, including the Pirate Party, quickly joined the urgent appeal for information, pushing the hashtag #FindArjen.

#ArjenKamphuis was last seen in Bodø August 20th. The police in Nordland county are now waiting for permission from the Dutch authorities to initiate investigations. #Bodø #PPint cc @ncilla And the missing case is now national news in #Norway #FindArjen https://t.co/udPW35yKUG

.@JulianAssange associate and author of "Information Security for Journalists" @ArjenKamphuis has disappeared according to friends (@ncilla) and colleagues. Last seen in Bodø, #Norway, 11 days ago on August 20. pic.twitter.com/dV75NGKpgI

Kamphuis is respected for his expertise among internet activists and is perhaps best known for a book he wrote called Information Security for Journalists, in which he teaches reporters how to keep information and communications secure.

The disappearance has spawned a range of theories online that the activist may have become a target of intelligence agencies, given that Kamphuis had formerly worked with Assange.

Assange currently resides in London’s Ecuadorian embassy to avoid extradition to the U.S., where he is wanted over WikiLeaks’ publication of diplomatic cables in 2010.

Meanwhile, police maintain that they will avoid speculation at this stage in the search despite signs that they are beginning to take Kamphuis’ disappearance increasingly seriously.