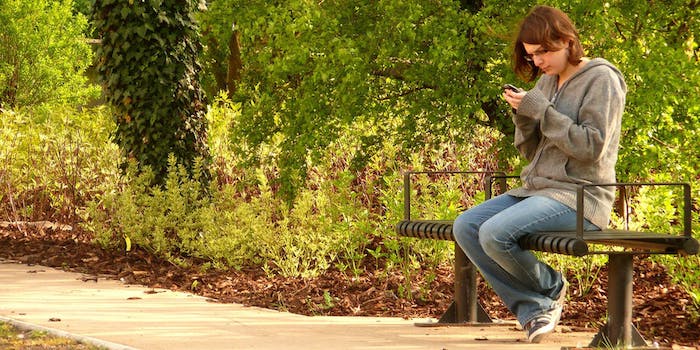 Teenagers are now pranking each others' feelings.

Hayleigh McBay sent her boyfriend a jokey text message just after the clock struck midnight on April Fools’ Day—and her boyfriend surprised her with his reply.

In response to an ASCII art rendering of someone holding a sign that appears to read “I love you bitchhh,” McBay jokingly went through the motions of breaking up with her beau.

“I don’t want to be with you anymore. I’m not happy,” she wrote back. Her boyfriend, David Clarke, called her bluff and played along, responding with “Thank God you said it first” so that he “didn’t have to.”

The tone of Clarke’s response is hard to gauge without hearing a voice, but McBay assured her Twitter followers that Clarke identified her move as an April Fools joke and replied in kind. It seems they still dig each other.

McBay’s tweet has received more than 7,600 retweets, suggesting that even on April Fools’ Day, love is not dead.