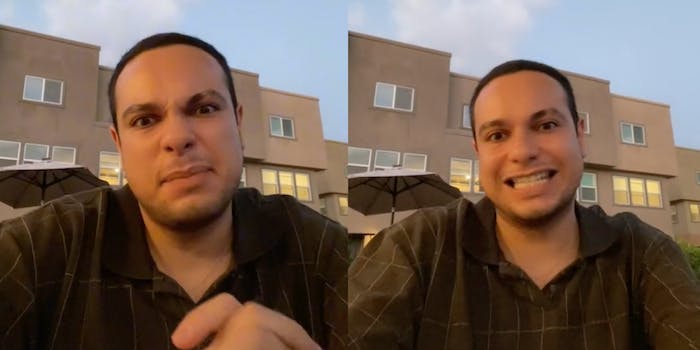 A popular TikToker said in a viral video that he was denied an apartment for being a social media star. The landlord, he said, was worried he would party like Jake Paul.

Adeib El Masri, a photographer based in Los Angeles, has over 400,000 followers on TikTok. On Thursday, he posted a video about how “Famous Birthdays fucking ruined my life today.” His video has been viewed more than 655,000 times so far.

He goes on to say that it was very difficult for him to find an apartment as a freelance photographer in the first place, but once he was close to finalizing one, he was denied right before signing.

“I was about to sign and he goes, ‘I have some bad news,’” El Masri recalls the presumed landlord or person working for the landlord saying to him.

El Masri says they googled his name. The Google search, El Masri says, brought up El Masri’s page on “Famous Birthdays,” a website where the biographical information of celebrities and influencers lives.

El Masri says they then pointed to Jake Paul and Bryce Hall and said the influencers have created problems for their own neighborhoods.

“Are you fucking kidding me? Jake Paul, and Bryce Hall, and Famous Birthdays? That’s what ruined my chances at signing a fucking lease, really?” El Masri says at the end of the video.

“I think thats considered housing discrimination omg,” commented one user on his video.

It’s not clear which neighborhood or company was involved in the leasing process. El Masri declined to comment.