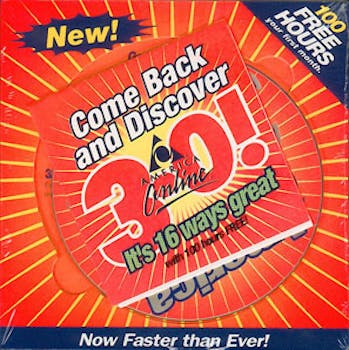 No one has a kind word to say about AOL after rumors of a private-equity takeover pop up.

AOL may go private or put itself on the auction block, according to published reports that fueled speculation across Internet communities that the former Internet giant may be in its death throes.

And much of the blame is aimed at the Huffington Post, the news website acquired by AOL for $315 million earlier this year.

“Huffington Post may be doing to AOL what AOL once did to Time Warner – killing it,” Hank Campbell said in a Thursday morning tweet.

A side fight over coverage of the rumors broke out on Twitter, with AdWeek reporters and readers claiming the New York Post had swiped their story — down to the headline — without credit.

“Hey, @claireatki, way to credit Adweek when ripping off our story down to the headline,” AdWeek news editor Alex Koppelman tweeted after noticing the story on Wednesday. (It’s not clear why AdWeek raised a fuss: Online, both headlines started with “AOL huddles,” but otherwise differed.)

Claire Atkinson, who wrote the story published in Tuesday’s editions of the New York Post, could not be reached for comment Thursday morning. Other readers questioned her use of Andrew Ettinger, a digital ad buyer with R.J. Palmer, for analysis. Ettinger was quoted telling Atkinson, “AOL is less popular than it used to be… The hip, new thing has passed them by, but that doesn’t mean they’re not valuable.”

That analysis was an elaborate statement of the obvious, Food Network online editor (and former AOL employee) Sarah De Heer noted: “‘AOL is less popular than it used to be…’ No kidding.”

But most of the online reaction was aimed at Arianna Huffington, the Huffington Post founder who now runs AOL’s editorial operations. The Huffington Post first won a reputation for its left-leaning political commentary, though that long ago became a sideline. The online publication also built a big search engine audience by running gimmicky articles like “What time does the Super Bowl start?” on the day of the game.

“It turns out @AriannaHuff penned that job-saving opus while @AOL considers selling to layoff-loving private equity,” the Daily, an iPad publication owned like the New York Post by News Corp., observed.

AOL was the gateway for a generation of Internet users, stuffing mailboxes in the bygone dial-up days with CD-ROM trials of its service. Its instant-messenger client was the standard communication tool for teens before social networking became a mainstream term, and its “You’ve got mail!” tagline was a 1990s catchphrase and the title of the last movie anyone can remember Meg Ryan starring in.

In the past decade, however, AOL has struggled through a series of remakes. Most recently, CEO Armstrong has put a focus on content creation and bet heavily on Patch, a network of local news sites he backed before leaving Google to join AOL. The Huffington Post acquisition was a centerpiece of that new strategy.

While it is too soon to play AOL’s death knell, lots of observers couldn’t resist joking about it joining the pantheon of fading Web brands.

“#Confession: Anytime someone gives me an email address that’s either hotmail, yahoo or aol, I kinda frown a little on the inside,” a Southern California mechanical engineer tweeted.