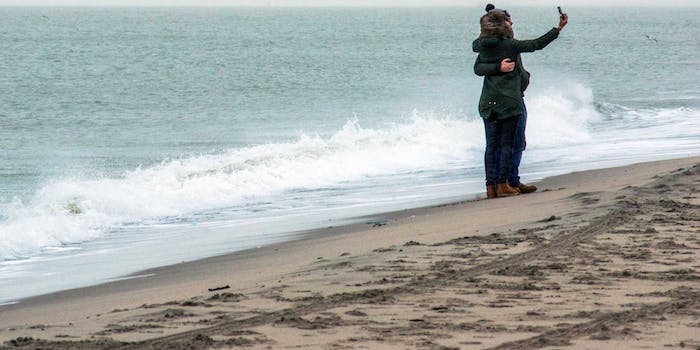 The anti-selfie movement now has a petition

After the Oxford Dictionary named “selfie” the word of the year in November 2013, the world couldn’t get enough of selfies. From celebrities to protesters to half-marathon runners, the modern self portrait has taken on a life of its own.

Now, there’s a petition to put a stop to the trend once and for all.

Felicity Morse of London posted a petition on Change.org demanding selfie-takers everywhere put down their camera phones and step away.

“…Like the opening of Pandora’s box, the phenomenon has infected the entire interweb with its pernicious purposeless vanity,” the petition description reads. “Join the anti-revolution and stop taking pictures of yourself.”

The set goal in order for the petition to be considered victorious is 100 signatures. As of now, 33 people have backed Morse. Finding 67 people opposed to selfies might not be a difficult task, but it’s a small number to represent opposition to a worldwide phenomenon.

The Pew Research Center asserts that more than half of Millennials have shared a selfie. Meanwhile, National Geographic reported that 73 million selfies have been posted to Instagram since January 2011, when the first photo containing the #selfie hashtag was posted.

Despite the momentum behind the trend, sefliecity.net found selfies account for an average of 4 percent of pictures posted to Instagram. Maybe Morse and her 100 supporters don’t have much to worry about after all. Of course 4 percent of billions of photos is a lot of faces…