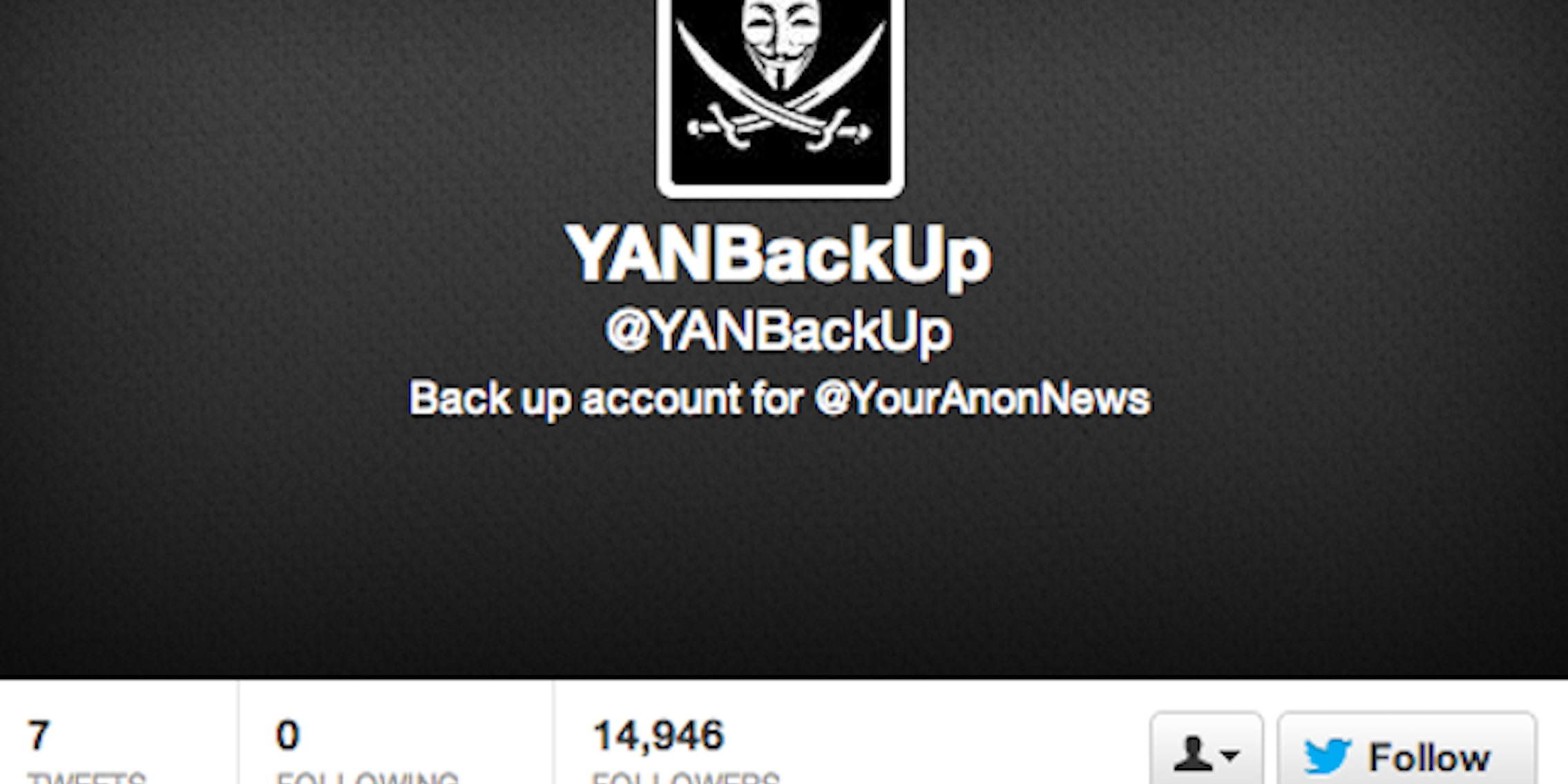 A Twitter shit-storm is brewing. A hugely popular Anonymous Twitter account, @youranonnews, which boasts 750,000 followers was suspended minutes ago, and if there’s anything the hacktivist collective hates it’s online censorship.

I can’t say that I’m particular sad to see YourAnonNews go. The account has become sort of the Walter Cronkite for the hacktivist set, except where Cronkite delivered the news with a detached Voice of God, YourAnonnews is a hysterical anarchist kid in a balaclava throwing a trash can through a Starbucks while chanting a slogan he read in a zine. YourAnonNews typically spews out self-righteous propaganda, dubious information on breaking news, conspiracy theories, and hourly updates on Julian Assange. Still, it does provide a useful look into the zeitgeist of Anonymous and its associates.

I’m guessing the suspension has something to do with Anonymous’ anti-Westboro Baptist Church crusade, launched after the hatemongers announced their plan to picket the funerals of kids slain in the Sandy Hook shooting last week. YourAnonNews has spearheaded the campaign, tweeting the locations and private information like phone numbers and addresses of WBC members, known as “dropping dox”. They’ve also been providing real-time updates on the movements of WBC members in Newtown, tweeting the fact they were eating dinner at a Burger King, and the location of the hotel they’ve been staying at in Newtown, urging their followers to mob them.

This probably put them afoul of Twitter’s terms of use, which state that:

“You may not publish or post other people’s private and confidential information, such as credit card numbers, street address or Social Security/National Identity numbers, without their express authorization and permission.”

Not that that will matter to Anonymous partisans. YourAnonNews is now tweeting from a backup: @YANBackup. Stay tuned.