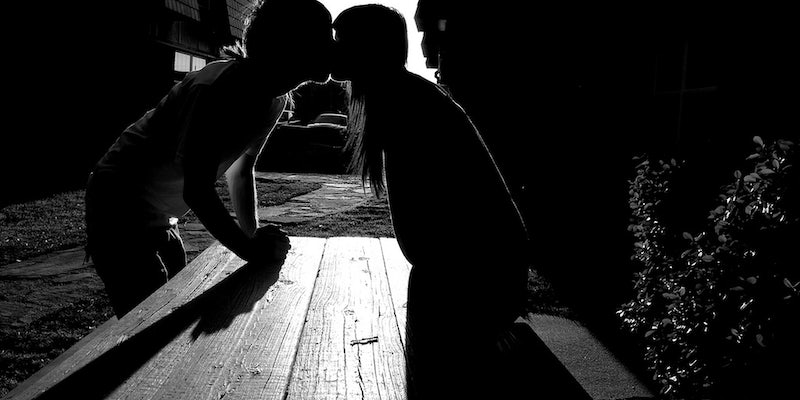 The teens were arrested last week for "violating public decency" with a Facebook photo of a kiss.

Hacker collective Anonymous has launched a new campaign in protest of the arrest by Moroccan authorities of two teenagers kissing and their friend who took the photo. The three teens face charges of “violating public decency” for sharing the photo on Facebook.

Anonymous’s  first action was to hack the country’s Department of Water, a branch of the Moroccan Ministry of Energy, Mines, Water and Environment.

“Drop the charges against these teenagers,” Anonymous wrote in their press release on Pastebin. “Pull back from the brink of the unbelievable two year sentence they could be facing for simply expressing affection for each other and we will also back down.”

They threaten to “rip through (Moroccan) government servers, leaking and deleting” if the authorities go forward with the prosecution of the three teenagers.

The Anons involved have included in their release a sample of the data they have captured from the Department of Water’s servers, including personnel files, bank transfer details, and passwords.

And in case you were wondering, yes, people are still using username123 as their passwords.

The teens were arrested in the northeastern Morocco town of Nador last Friday. They were a 15-year-old boy, a 14-year-old girl, and their 15-year-old friend. After being held over the weekend, they were released to their parents on Monday.

They face a trial scheduled to start on November 22.