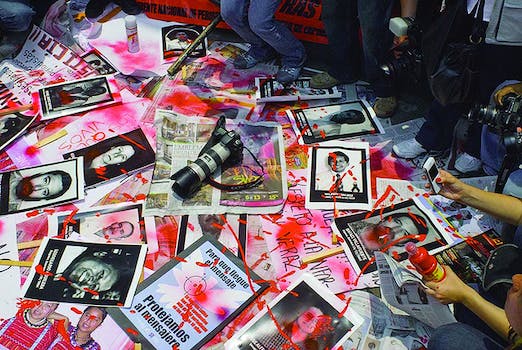 A Mexican offshoot of Anonymous is being pushed to provide proof that one of its members was kidnapped by Los Zetas in early October.

“Does the #anonymous kidnapping story pass sniff test?” Wired reporter Quinn Norton asked using the #OpCartel hash tag on Twitter. She later posted a story discussing skepticism by some members of Anonymous about the operation.

Some members of the group vowed to reveal the names of politicians, journalists, police officers, and taxi drivers they claim have ties to the hyperviolent cartel, if the unidentified Anonymous member is not released. Anonymous claims Los Zetas kidnapped the member during a street protest in Vera Cruz.

The skeptics’ concerns may be valid. Yet this kind of confusion is natural to Anonymous, since anyone can claim to act under the Anonymous umbrella. Members of Anonymous often disclaim actions taken by other members. And it’s not clear if the skeptics have any direct knowledge of conditions in Mexico.

“Have not yet seen any information confirming any “kidnapping” of an #Anonby cartel,” @Anachrynon tweeted.

Anonymous Mexico had signaled the release of names could come as early as Monday night. With no release as of early Tuesday morning, it appeared as if Anonymous was sticking to the original deadline of Nov. 5 for Los Zetas to release its kidnapped member.

Also on Monday, the group also tried to distance itself from the hacking of a former state attorney general’s website which had been claimed .

Many Mexicans have turned to social networks to get information on drug cartels as the mainstream media has backed off on coverage as a result of bribes and threats. But sorting through misinformation—sometimes planted by the cartels themselves—can be difficult.

“After much research, I confidently confirm the anonymous kidnapping story to be a hoax,” @mach2600 tweeted Monday night—without provided further details of the research.

Others have also stepped up to criticize Anonymous for the #OpCartel movement. A report released last week said there was a high probability people named by Anonymous would be killed, even if they’re names had been posted in error.

Anonymous members who participate may also be putting their own lives at risk, prompting the group to warn its members they should only participate in the operation if they are will to “bet your life” that they can remain truly anonymous.