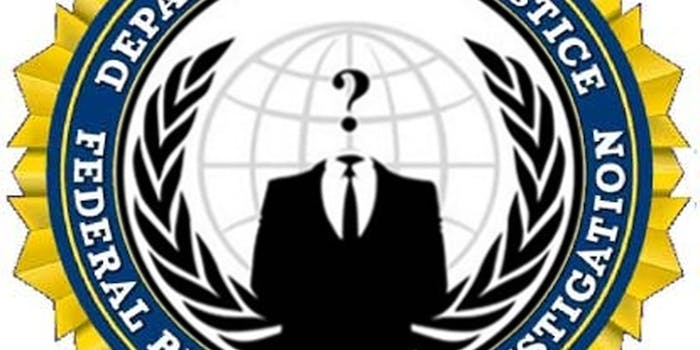 The credit card leak appears to mark the return of Anonymous's weekly attacks on the FBI.

Fuck FBI Friday is back! After a layoff of several months (stemming from the arrest of many of the leading participants) Anonymous’s weekly attacks on the FBI have returned.

AntiSec, an Anonymous spinoff group specializing in actions against the surveillance state, is claiming to have released the credit card numbers of 13 FBI agents in retaliation for Wednesday night’s arrest of Anonymous activist and journalist Barrett Brown. The list was posted to Pastie and publicized through the major Anonymous twitter accounts.

Additionally, they have used AnonPaste to release what they say is the personal information of 3956 members of the International Pharmaceutical Federation, perhaps targeted because of Brown’s self-confessed fondness for recreational pharmaceuticals. That leak does not contain credit card details, simply names, emails, passwords, phone numbers, and the like. Again, it was publicized on Twitter through multiple accounts, reaching a potential audience of almost one million.

As for the FBI leak, the named individuals appear to be real enough, as traced through their Facebook and Google profiles, although they do not self-identify as FBI for obvious reasons.

The news has appeared on the AFP newswire, but has not been reported by major North American outlets at this point.