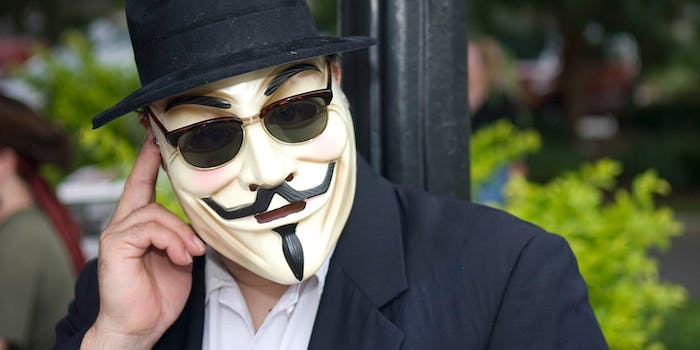 In response to an officer-involved shooting on Wednesday, an Anonymous account has released the personal details of 52 Cincinnati police officers.

The dox, which including the home address of Cincinnati Police Chief Eliot Isaac, was posted by an Anonymous-branded account in response to the death of Paul Gaston, a 37-year-old man fatally shot by police last week while carrying a realistic-looking pellet gun.

The personal details of more than 50 other offices included their names, ages, home addresses, email address, and LinkedIn accounts. Information about many of the officers’ relatives was also published, including their home addresses.

The post was attributed to Anonymous in a 3-minute YouTube video. “When you murder a human being when you have other choices of containing your suspect available we will make your officers information public record,” it says.

“We will not only release the officer who murdered the citizens information but we will release those that have stood by in the department that did not speak up. We have lost more lives to the Thin Blue Line than we have lost in the Afghanistan War.”

The officers’ details were pulled from the website Pastebin.com on Monday morning, but the information quickly sprouted up on other sites.

Prior to his death, Gaston was the subject of several 911 calls. A woman initially reported seeing him driving erratically, apparently “under the influence of something,” according to the Cincinnati Enquirer. Another caller said he was armed, having seen him drop and pick up a gun after exiting his wrecked vehicle.

When the police caught up to Gaston, roughly 200 yards from where he had wrecked his truck, he reportedly reached for the fake gun in his waistband. The tragic conclusion was captured in two bystanders videos later released by the Cincinnati police.

In the footage, Gaston is seen on his knees with his hands locked behind his head. When the police order him to lie flat on the ground, he appears to reach for his waistband. A moment before the officers open fire, one is heard calling out, “Don’t do it.”

If he had not been killed, Gaston would have faced arrest for violating his bond, Cincinnati officials said. He was awaiting trial in Hamilton County on multiple charges, including aggravated menacing, failure to comply with police, and driving with a suspended license.

The Cincinnati Police Department did not immediately respond to a request for comment.