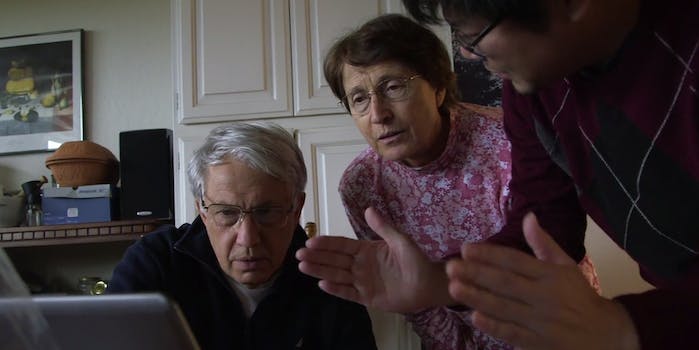 Nobody was as thrilled about yesterday’s scientific breakthrough on the big bang theory than one of the authors who penned it.

Nobody was more thrilled about yesterday’s scientific breakthrough on the Big Bang theory than one of the authors who penned it.

Stanford University Assistant Professor Chao-Lin Kuo and his colleagues theorized that something called gravitational waves would represent the “first tremors of the Big Bang.” Kuo decided to surprise Professor Andrei Linde, one of the people who came up with the “Inflation Theory,” with the news.

You don’t even have to understand any of the science involved to appreciate the exact moment Linde and his wife realize that his life’s work just got vindicated.

The significance of the discovery overwhelms Linde as they all celebrate, but he also takes it with a few grains of salt: “Let’s just hope that it is not a trick.”