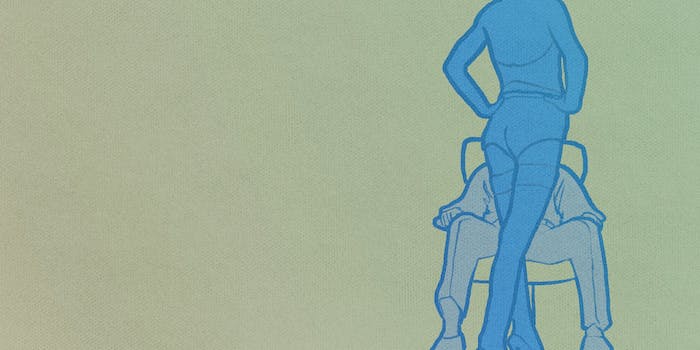 This is a huge step for the sex workers.

Rights, not rescue. That’s the call put forth by sex workers and their supporters in an increasing effort to decriminalize prostitution and stop driving sex workers underground and into risky situations. And now, “rights not rescue” is also the motto of leading human-rights nonprofit Amnesty International.

On Tuesday, the delegates at the 2015 International Council Meeting of Amnesty International voted to back the decriminalization of sex work. After months of highly publicized battles between sex worker advocates, Hollywood actresses, and prostitution abolitionists, it’s now clear that the massive international human-rights organization collectively believes that sex workers should be able to inform policy on their trade.

In a statement, Amnesty International condemned what it called “arbitrary arrest and detention” of sex workers as well as heightened violence, trafficking, and extortion faced by the community.

“Sex workers are one of the most marginalized groups in the world, who in most instances face constant risk of discrimination, violence, and abuse,” said Amnesty’s Secretary General Salil Shetty. “Our global movement paved the way for adopting a policy for the protection of the human rights of sex workers, which will help shape Amnesty International’s future work on this important issue.”

On Twitter, news of the Amnesty vote in favor of decriminalization caused joy among sex workers and advocates, who used the hashtag #ICM2015
to send messages of thanks and celebration.

I am going to seriously cry! This makes me so happy! Evidence-based policy FTW! #sexwork #ICM2015 https://t.co/Gbewr2kIZ0

In a strange turn of events, sex workers acknowledged as agents of their own minds and bodies #ICM2015

Who's designing the"Thank You Amnesty Plaque" for brothel entrances worldwide?Will you do an action call? @amnesty #ICM2015 #noamnesty4pimps

.@AmnestyOnline Thank you for listening to us. #ICM2015

After the vote in favor of decriminalization was announced on Twitter, Amnesty International posted a statement in the form of a YouTube video. In the video, Amnesty’s Deputy Europe Director Gauri Van Gulik discussed a petition that pitted celebrities against sex workers fighting for their rights.

“We were quite surprised by this letter,” said Gulik of the petition’s claims that an Amnesty vote in favor of decriminalization was akin to supporting pimps and human trafficking. “On the one hand, it really mischaracterizes the policy that we’re looking at. We are focused on: How can we keep sex workers safe, how can we empower them to have access to their rights, and how can we make sure they have access to healthcare?”

“Prostitution is not a human right, but sex workers have human rights,” said Gulik, responding to one of the many articles arguing against the Amnesty position. “They have the right to safety, to healthcare, to be free from trafficking, exploitation, and force. And that’s what we are about. That’s what we’re trying to remedy with this policy.”

Gulik also said that Amnesty believes gender inequality is not a result of the sex trade, but something that pushes women into sex work: “You cannot punish those who are therefore driven to sex work by criminalizing it and taking away choices.”

Here in the U.S., sex-worker advocates are celebrating the decision as a rare victory and, possibly, a harbinger of more human-centered policies to come.

Kate D’Adamo, National Policy Advocate at the Sex Workers Project, told the Daily Dot that it seemed like sex workers themselves had taken hold of the mic in an unprecedented way—by delivering policy letters to Amnesty, engaging in a massive public conversation on social media, and writing op-ed articles in major publications.

“One of the things we saw here that was really new, is the conversation was taking place between Amnesty and the people most affected by the policy,” said D’Adamo. “Amnesty showed that they are accountable to the people that they serve.”

But sex work is different. It’s a conversation so fraught with division, especially in feminist circles, that it often gets too heated to continue. Or, as D’Adamo said, it takes place “off to the side” and focuses on “inappropriate things by people who are not affected by it.”

One of those people unaffected by sex work was Girls star Lena Dunham, whose opposition to the Amnesty policy surprised and disappointed many—including the artist Molly Crabapple, who told Dunham publicly that she was backing out of a project the two had planned because of Dunham’s opposition to decriminalization.

I support Amnesty's mission, but I do not believe their proposal protects the exploited or properly punishes the exploiters.

Now that Amnesty has added sex workers rights to its list of human rights issues, smaller groups that work on the ground directly with sex workers hope that the decision will have a trickle-down effect. D’Adamo said she hoped other organizations would now begin to acknowledge that decriminalization of the sex trade is within their human-rights mandates and also recognize that sex workers might already be in the populations they serve.

“This is a conversation about economic justice,” said D’Adamo. “There’s a constellation of experiences that people have in the sex industry, but if we can’t talk about it as an exchange of services, then we’re missing the boat. We need to talk about living wage jobs, and the lack of them.”