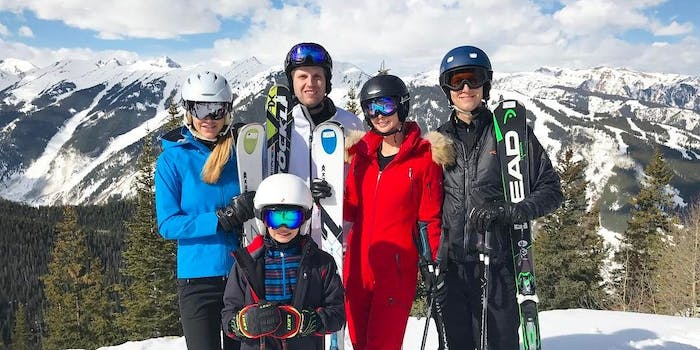 Amid a much anticipated and undelivered vote on the American Health Care Act on Thursday, President Donald Trump and Republicans considered appeasing far right critics from the House Freedom Caucus by cutting maternity care from the Obamacare replacement bill.

Noticeably absent from this meeting, the Wall Street Journal reported, were Jared Kushner and Ivanka Trump, who served as her father’s surrogate to women and promoted his dedication to paid maternity leave during the campaign. Instead, Ivanka and her husband were in Aspen, Colorado, skiing with her brother Eric and his wife Lara.

On Tuesday, Lara shared a photo on Instagram of the family in their ski getup. Then on Thursday, Politico reported that the Trump administration was considering ending the Obamacare provision of “Essential Health Benefits” to get votes from the House Freedom Caucus.

As part of this provision, insurance companies were required to cover preventive screenings, plus maternity care and newborn care for women who find themselves pregnant but don’t have insurance plans that cover pregnancy. But according to conservatives, these essential health benefits are a “luxury,” and makes it difficult for consumers to choose their benefits while driving up premiums

Ivanka, a self-proclaimed feminist, was a vocal supporter of parental leave while on the campaign trail and has continued to be a so-called women’s advocate in an unofficial capacity. Trump’s maternity leave proposal, influenced by Ivanka, would give six weeks of paid leave to mothers and give tax credits to wealthy and middle-class families. Meanwhile, the repeal of Obamacare could cost poor families benefits worth a third of their income, while wealthy families could be eligible for a $5,000 tax break.

On Thursday, as her father considered cutting vital benefits for pregnant women from his Obamacare replacement bill, Ivanka shared a clip on Instagram of Anne Hathaway’s keynote address on paid family leave at the United Nations commemoration of International Women’s Day.

“Let us lead by example in creating a world in which women and men are not economically punished for wanting to be parents,” Hathaway said.