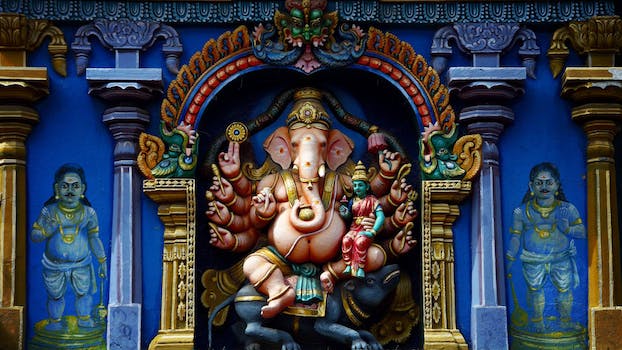 The world's largest online retailer might be rethinking its listings.

Many religions welcome visual depictions of their gods, but a mat on which people literally wipe their dirty feet might not be the place for one.

Amazon didn’t respond to a request for comment on the boycott, but it appears the company has pulled many of the offending products. Nonetheless, angry comments on some of Rock Bull’s other products linger, and people have already identified other disrespectful products in the vast online marketplace.

Stomping on religious imagery is seen as disrespectful in many cultures, but feet are particularly potent symbols in Hinduism.

It is customary to touch the feet of elders as a respectful greeting in much of India, and according to the Sanskrit Religions Institute, one of the greatest insults in Hinduism is throwing your shoes at someone else.

It is also customary to remove one’s shoes when entering a temple, because “feet touch the ground, which is low, and so when you enter a temple you leave your low part at the door. We take off our impure part, our feet, symbolized by leaving our shoes at the door as we enter sacred space.”

Nonetheless, some people have argued that boycotting Amazon is a distraction from the more pressing problems plaguing Indian society.

Childish trend, #BoycottAmazon. Why just doormat, put gods on toilet paper, condoms. Our tradition, Hinduness too big to be belittled by it