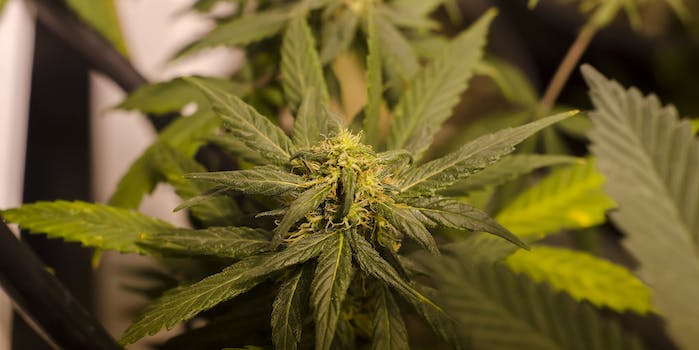 If you buy a scale on Amazon, it will think you’re a drug dealer

The e-commerce site has some interesting suggestions for customers who want to buy small digital scales.

People use small digital scales for all sorts of things. Measuring cooking ingredients, for instance. Jewelry makers and sellers use them. There are plenty of legal uses for mini digital scales.

Amazon’s customers appear to be purchasing mini scales for more scandalous reasons than measuring flour or gemstones. As a Reddit user discovered, Amazon will recommend drug-related paraphernalia if a shopper purchases a small digital scale. After purchasing a scale to measure his Soylent recipe, Reddit user The_Mastor posted a photo showing that Amazon suggested purchasing plastic grip seal baggies (commonly used to store drugs), hand-rolled cigarette filters, rolling papers, and a variety of other items associated with drug use. 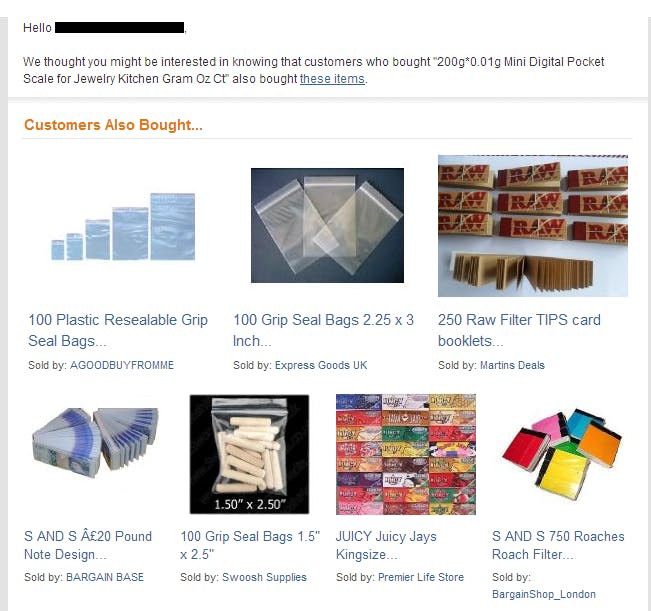 
Business Insider conducted a similar search for a digital scale and found that they were recommended several “herb grinders” and Ziplock baggies emblazoned with marijuana leaves.

We tried our own Amazon recommendation experiment, and sure enough, it took very little searching to start getting drug paraphernalia recommendations. Searching for a few different digital scales, we pulled up baggies and grinders, as well as the following suggested items:

Just to be clear, those are two books about growing marijuana, and hydroponics, which are used to grow marijuana. Amazon thinks the Daily Dot might have some dubiously legal horticultural aspirations, it appears. So there’s no reason to feel insulted if Amazon appears to think you’re a drug dealer: The recommendations are based on what previous customers have purchased, not on anything you’re doing specifically. It looks like a large portion of the digital scale customers are using the products to measure something a little spicier than cumin.