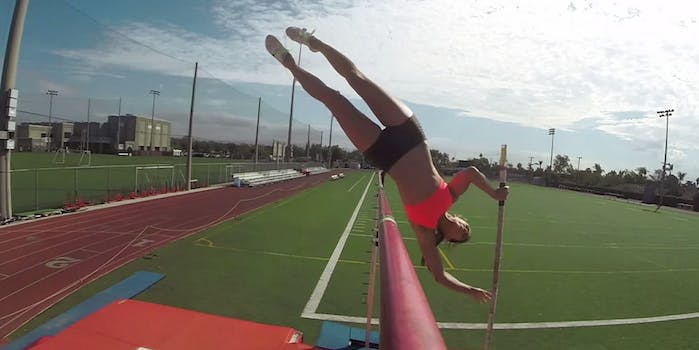 Watch Olympic hopeful Allison Stokke fly through the air with the greatest of ease.

Watching a world-class athlete perform a pole vault is a beautiful and humbling spectacle. It reminds us, in a matter of seconds, of the chasm that separates Olympic-level athletes from the rest of us normals.

Now you can watch all the twists and contortions up close, thanks to this awesome video from Allison Stokke and GoPro. The video, which was shot entirely on the GoPro HERO4, features Stokke’s narration as she performs her routine from multiple angles.

“Everyone says we pole vaulters are crazy, and I’d have to agree,” Stokke, who’s gunning for a 2016 spot on the Olympic team, says, just before releasing the pole and sailing over the bar. Judge for yourself: