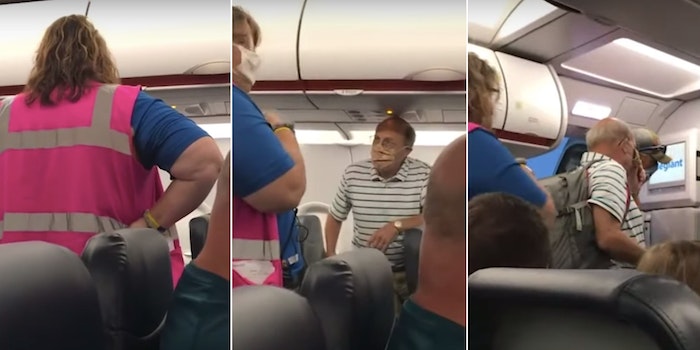 'Either you come off or I get the law enforcement.'

Videos of passengers being removed from airplanes over face mask squabbles have become increasingly common during the COVID-19 pandemic. Typically, it’s the passenger who refuses to wear a mask, but a new video of an Allegiant Airlines flight attendant allegedly removing a passenger from the flight after he asked her to wear a mask bucks that trend.