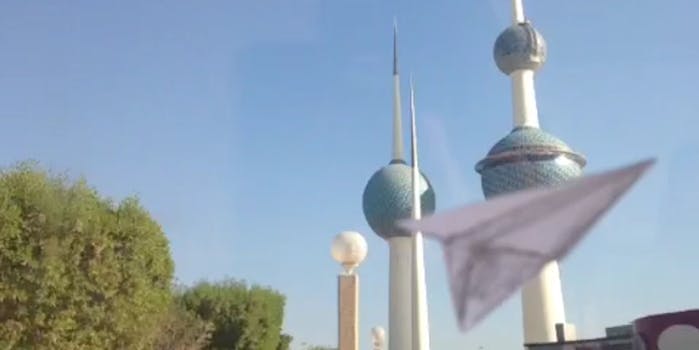 They’re using the app to create a film for a new campaign called “Hollywood and Vines.”

Since its release in January, Vine has evolved from a medium for personal expression to a platform for corporate collaboration. Perhaps Airbnb, a house-rental finder that operates on the same networking platform as CouchSurfing, was inspired by other collaborative Vine tourism ads. The company’s using the app to crowdsource a film for a new campaign called “Hollywood and Vines,” which started yesterday.

Over on Twitter, Airbnb’s tweeting out “shot lists” every day until Aug. 25. Followers can then submit a six-second Vine clip using the specs from their tweet.

After the cutoff date, a select number of submitted clips will then be edited together for a film, which is being touted as the first short film shot entirely Vine. It will be screened on the Sundance Channel next month. If your clip is used, you get $100 towards an Airbnb rental.

You can find submissions on Vine under the #airbnbhv tag, and there are already quite a few, many of them involving a paper airplane zooming through different locales. It’ll be interesting to see what happens with this effort, a sort of virtual version of an exquisite corpse. Fun fact: Ashton Kutcher is an Airbnb investor.