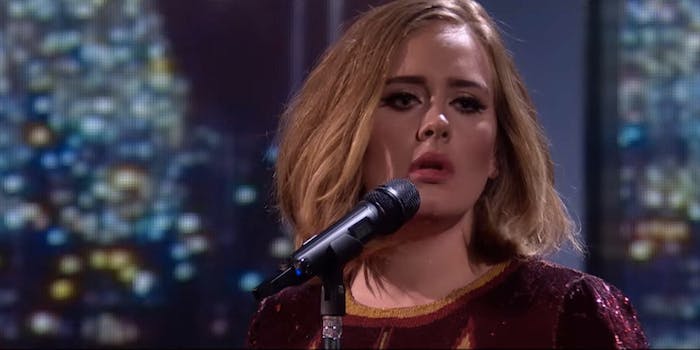 When Adele tells you to do something, you do it.

What do you do when your significant other is unsure about your proposal? You bring in Adele.

The singing superstar kicked off her world tour in Belfast, Northern Ireland, on Monday. That’s Feb. 29, known to many as “leap day.” It’s a tradition in some European countries for women to propose to men on this extra calendar date, which comes along every four years. One woman’s boyfriend was unsure about how to answer her proposal of marriage, so Adele came in to save the day.

Video taken at the concert shows Adele calling the woman up onstage, and then putting her boyfriend, Neil, on blast. According to the woman, Neil said “maybe in a little while,” to which Adele told him: “You need to say a proper yes.”

Once the crowd started chanting “come on, Neil” at Adele’s request, the man was left with no choice. He said yes—and the crowd went wild.

The lesson here? When Adele tells you to do something, you do it.