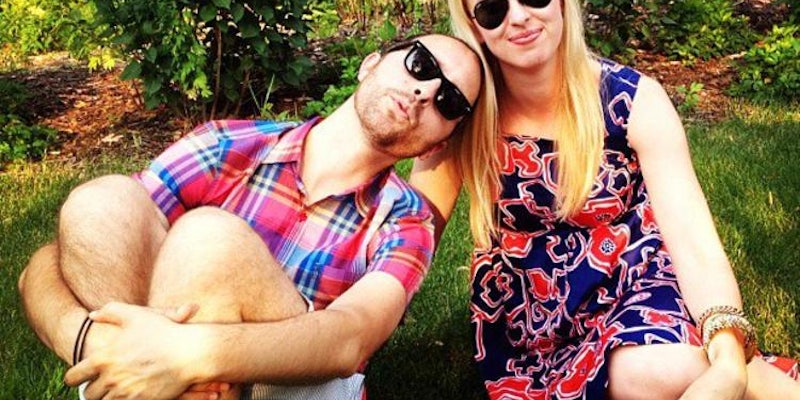 You'll laugh and cry at the same time.

And then there are the rare obituaries that make you laugh and cry at the same time, like this obit by Aaron Joseph Purmort, a 35-year-old man who died of a brain tumor on Nov. 25. Purmort used his obituary as an opportunity to confess one last secret: That he was, in fact, Spider-Man.

Published in the Minneapolis Star-Tribune, Purmort’s obit revealed his secret right off the bat:

Purmort, Aaron Joseph age 35, died peacefully at home on November 25 after complications from a radioactive spider bite that led to years of crime-fighting and a years long battle with a nefarious criminal named Cancer, who has plagued our society for far too long. Civilians will recognize him best as Spider-Man, and thank him for his many years of service protecting our city. His family knew him only as a kind and mild-mannered Art Director, a designer of websites and t-shirts, and concert posters who always had the right cardigan and the right thing to say (even if it was wildly inappropriate).

The obituary goes on to mention that Purmort was in a band called the Asparagus Children, that he loved comic books, and that he was “survived by his first wife Gwen Stefani,” as well as his son Ralph, who will “grow up to avenge his father’s untimely death.”

During his all-too-brief life, Purmort was no stranger to Internet celebrity. His wife, Nora, chronicled his fight with brain cancer in a blog, myhusbandstumor.com, which led to local media attention. (The two met in 2010 after becoming friends on Facebook, and married shortly after Aaron was diagnosed with brain cancer in 2011.) Nora’s account of loving a man who is slowly dying of brain cancer is both deeply moving and unfailingly humorous; reading her blog and her Twitter is like getting punched in the gut and hugged by a loved one at the same time. Her blog also inspired a forthcoming documentary, a&n, which tells the story of Aaron and Nora’s life together.

Yet with his final words in the Minneapolis Star-Tribune, Purmort will likely leave his largest mark on the world. The Internet will remember him not as Peter Parker, but as a devoted father and husband who looked cancer in the face and kept laughing, right until the end.

“It wasn’t a war or a fight. Those things have rules,” Nora wrote in the blog post announcing his death. “This was more like Aaron getting in the ring with the Mohammed Ali of cancers, and smiling for round after round after he got his teeth knocked out and his face rearranged.”