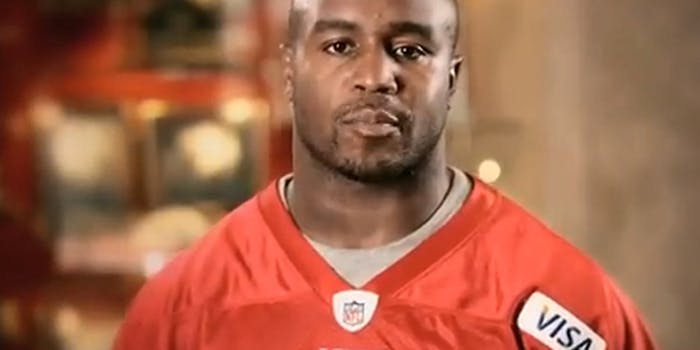 The San Francisco 49ers have a earned a first down of a different kind. It’s the first football team to release an It Gets Better video featuring multiple players.

The video’s message aligns with other It Gets Better clips—that life improves and the bullying stops once LGBT youth make it through their rough, teenage years.

“The San Francisco 49ers are proud to join ItGetsBetter.org to let all LGBT teens know that it gets better,” said Whitner, adding that organization is “on your side, and we promise it gets better.”

“It takes guts and a whole lot of confidence to do something like this. THANK YOU NINERS!,” wrote commenter ACmrbig on the video’s page.

A Change.org petition, led by fan Sean Chapin, was the impetous for the team’s video message. The petition garnered more than 16,000 signatures. Chapin said a video from the NFL team would “help confront homophobia” in schools.

“The 49ers are shining a golden beacon of hope to LGBT youth, and as a gay man, I enthusiastically applaud their courage and leadership,” said Chapin in a press release. In Aug. 2011, a Seahawks football player starred in a video, with other players from Seattle-based teams.

Last year, Chapin successfully petitioned the San Francisco Giants to become the first Major League Baseball team to produce an It Gets Better video. A number of NBA, NHL, and MLS teams have also created videos.