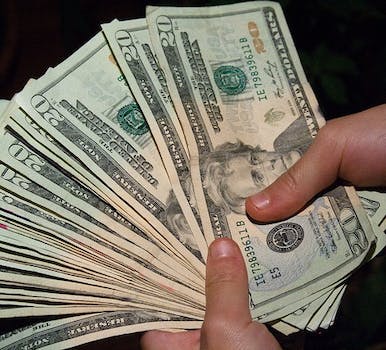 4 things you need to know about Facebook’s IPO

Facebook is about to become a public company. What does that mean for you?

Facebook is about to graduate and become a proper grown up company.

The community, which was initially the domain of Ivy League college students, is on the verge of becoming a publicly traded company when it floats on the stock market, an event likely to take place Friday.

That’s great news for investors looking to pick up a piece of the company. With billions of dollars on the line and more than 900 million active community members, Facebook isn’t just a casual hook-up site any more.

There’s a lot to say about how the IPO will affect community members, both among those looking to pick up a few shares in the company and those who use Facebook to share updates and photos with their friends.

You have a chance to own a part of the community

The lure of owning a bit of Facebook, no matter how small, is enticing to many. The obvious is the promise of financial returns from the world’s largest social network, though it’s not entirely clear exactly what the company’s business model will be. It also might be a vanity thing for some, though being a Facebook shareholder will let you vote at the company’s annual general meeting.

Facebook reportedly plans to sell shares at a maximum of $45, meaning it could raise up to $18.4 billion on Friday. It’s likely that it’ll cost you more than that if you want to snap up some shares tomorrow as investors who grab stock at the IPO price look to make a quick buck on their investment. That said, being able to brag about how you own a bit of Facebook to your friends would be kinda neat.

(Note: Please do not take any of this as financial advice. Consult your accountant and think carefully before ploughing your hard-earned cash into any stock.)

Oh, and if you’re an amateur financial analyst, you can take a stab at guessing the closing share price after Facebook’s first day on the market thanks to a fun website.

Facebook will try to make more money from you

One of the big clouds hanging over Facebook’s head as the company ramps up is how to generate more revenue. The company makes around $5 per year per user—far less than the likes of Google and Netflix.

Investors will be looking for Facebook to bump up its revenue and justify its lofty valuation. There are two ways to do that: get more users or find new ways to make bank off the ones they have.

The first of those is tricky. Convincing holdouts and the three-quarters of American seniors not already on Facebook to sign up, and finally breaking into the Chinese market would undoubtedly boost those user metrics. Yet those are difficult propositions and Facebook may be more likely to try and make more cash off its existing community.

As it stands, Facebook makes the bulk of its revenue from advertising and revenue share agreements with the likes of Zynga. However, it’s playing around with new ways of making money, such as the highlighted posts feature it was testing in New Zealand last week.

It seems more ads will seep into your News Feeds, with sponsored stories and endorsements from friends. The question is, how much can Facebook disrupt the current, relatively pure experience, before it creates an opportunity for a competitor? (And even if it does, how will that competitor make money?)

The company noted in its S-1 filing with the Securities and Exchange Commisison that, “The loss of advertisers, or reduction in spending by advertisers with Facebook, could seriously harm our business.” Losing around $10 million in General Motors ad spending Wednesday isn’t helping.

For everyday Facebook users, the most significant thing that’s likely to change is the mobile experience.

Facebook’s mobile apps are slow and clunky. However, with much of our Facebook activity moving away from the Web and onto mobile phones, mobile is an issue the company admits it needs to address. Making money off mobile is a problem too.

Social ads are an important focus for Facebook here. Your location data might be used to offer more personalized ads too. Normal display ads don’t work as well, due to phones’ smaller screens. Facebook might also turn to its new App Center to juice up its mobile revenue, so expect the company to start pushing that a little more aggressively.

As mentioned above, you will have the right to vote in corporate matters if you can get your hands on some Facebook stock. But your vote may not count for much.

Thanks to some deals struck through Facebook’s various rounds of financing, CEO Mark Zuckerberg holds over half of the voting power within Facebook. That’s despite his owning around under a third of the company after the IPO.

In other words, it’s still Zuck’s house and if he wants to rearrange the board of directors, buy another company (like Instagram), or install a Facebook office on the moon, he can do so. If he ever wants to start charging you to use Facebook, he can do that too—though it’s unlikely.

Not that much changes here, in all honesty. Though if you’ve pledged your allegiance to the state of Facebook, it’s worth noting that you’re living in a (so far) benevolent despotism.