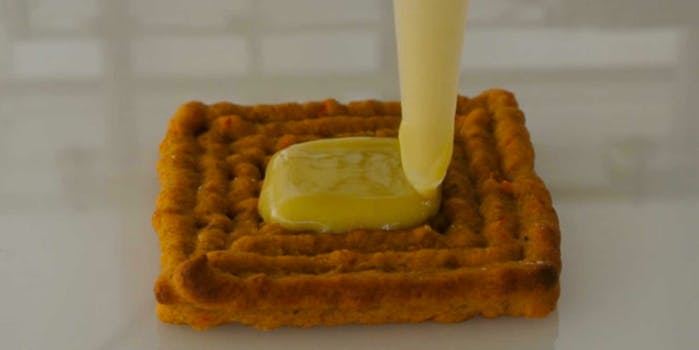 The list of what 3-D printers are incapable of creating seems to shrink by the day. The machines, which fabricate a solid object from a computer model, have produced guns, jet engines, and even human organs.

Now a Barcelona-based startup called Natural Machines is taking 3-D printing into the final frontier—the kitchen. Natural Machines’ product, which currently in the latter stages of development, is called Foodini. With it, you can print a pizza, or other food products, from the comfort of your own home.

Cofounder Lynetta Kucsma explained the initial idea was to make a 3-D printer that could create chocolates and other candies, but the scope of what the team wanted to produce quickly expanded. ‟I couldn’t justify pushing a machine that only did sweets with the obesity epidemic that’s going on,” she said. ‟It had to also be able to produce, natural healthy food.”

Foodini can make anything from pasta to burgers. Though, fair warning to science fiction fans, it’s not quite at the level of Star Trek’s famous “replicator,” a device capable of instantly producing any food item imaginable at the touch of a button. ‟It’s not meant for everything. The best to think of it is as an assembly device because it doesn’t cook food, it just keeps it warm,” said Kuscma. ‟We’re looking to take the rote and repetitive tasks out of cooking—hand-wrapping ravioli, for example. It’s a timesaving device for people who want to make their own food in the kitchen.”

It can also write messages on toast in jelly far more legibly that most people can do by hand.

The machine holds five different capsules into which the operators/cooks can manually load different food items. Natural Machines will release its own recipes, though Kuscma also hopes Foodini will attract an engaged community of users who share their own 3-D-printed creations. No culinary or special technical experience is necessary to operate the device, which is expected to retail for somewhere around $1,300—a fairly steep price for a kitchen utensil, but on the cheaper side for 3-D printers.

In addition to the home market, Natural Machines is looking at putting food printers in restaurant kitchens throughout the world.

Kuscma admits that getting one’s sustenance from a printer may take some getting used to. ‟I had an initial ‘ick’ reaction too when I first heard about it,” she recalls. ‟But eventually people realize that its not Soylent Green, it’s just fresh food you make at home and that ‘ick’ factor dissipates. We thought about creating a new verb for what we were doing and disguising the whole 3-D printing aspect, but we decided to really just own it.”

Natural Machines will begin offering the product for sale by the middle of next year. It isn’t the only organization looking into 3-D printing food, however. Earlier this year, NASA awarded a $125,000 grant to the Systems & Materials Research Corporation to create machine capable of printing a pizza using materials with 30-year shelf life.

Inspired by NASA’s announcement, Foodini tried its hand at printing a pizza and, we have to admit, it looks delicious. 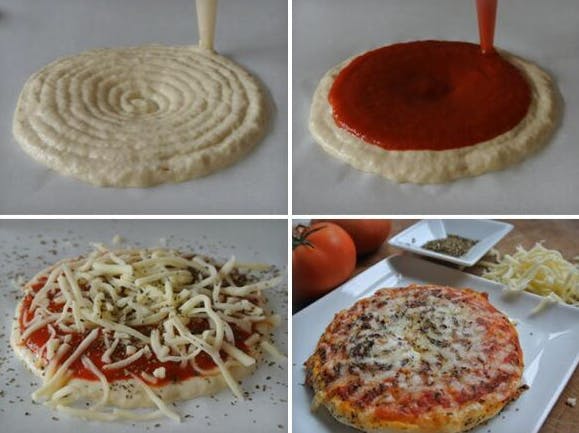