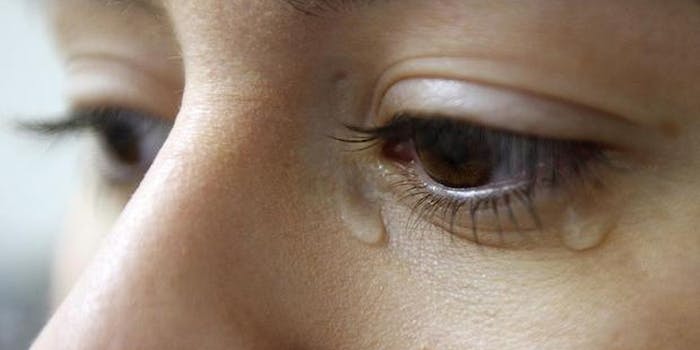 How #365FeministSelfie has changed the lives of survivors of domestic violence

The hashtag shows how selfies can be a cry for help.

I hate to admit it, but the media was right when they declared selfies a “cry for help.”

Well into the second year of heading up the hashtag #365FeministSelfie, I knew for certain some of the thousands of selfies were indeed cries for help. Far from being vain or superficial, the photos that we share about ourselves can be a lifeline to a community that sees—really sees—what’s going on in our lives.

At the end of 2013, I presented a challenge to the online feminist community: take a selfie once a day for a year and share it on social media. I asked feminists to look beyond what the media was saying about selfies and instead tell our own stories about why we post images of ourselves. Thousands of individuals have been posting pics under #365FeministSelfie—which you can find on Instagram, Twitter, Flickr, Facebook, and Tumblr—ever since.

As with a lot of social media-related, things started off cautiously. The selfies shared showed people tackling their New Year’s resolutions with vigor, hangover brunches, and a lot of smiles. But after the first burst of posts tapered off, real community building began. In other words, once we forgot that thousands of people were looking at our selfies, we got real.

Two years later, there are over 73,000 postings under #365FeministSelfie on Instagram alone. Honestly, even I don’t read every caption, so it is forgivable if some of us overshared, thinking no one was reading. Like the hashtags #nomakeup and #IWokeUpLikeThis—which are unrelated to #365FeministSelfie but have similar aims—we shared raw, honest pictures of ourselves. Sharing selfies of each other at work, managing kids, and enjoying life (or not enjoying life, as the case may be), allowed us to get to know each other.

One common selfie was people holding a glass of wine or a bottle of beer with a giant smile, accompanied by a caption revealing they had survived a family dinner without getting into an argument with Aunt Maggie, who thinks no one deserves $15 an hour for flipping burgers. In the comments, we congratulated these users and shared our own family dinner horror stories.

Then a woman shared a smiling, wine-clutching selfie that was different: She revealed she had just endured another rant by her husband about how worthless she is. The community responded like anyone would to a friend who is in trouble, rattling off reasons why the selfie-ist was amazing.

#365FeministSelfie began as a public space. But as what we began sharing became more personal, some participants took their selfies and completely honest captions to private spaces. As the creator of the hashtag, I was lucky to be invited to follow. And what followed was the fruition of decades of feminist activism percolating into our daily lives.

Some eagle-eyed selfie-ists noticed a pattern with a few fellow participants: far too many selfies posted with a caption about a husband’s rant. The questions began. Does he do this a lot? Are you happy? What else does he say to you? Do you have friends close by who can support you?

It soon dawned on a few of the women in our community that their husbands were emotionally abusive and had separated them from nearby friends and family. These were not typical quarrels; this was domestic abuse. The awakenings were devastating. One woman even told me, “This community noticing that I lost my ‘sparkle’ in his presence was huge in helping me keep my resolve to leave him.”

After the world saw the video of Baltimore Ravens player Ray Rice hitting his then-fiancée Janay Palmer, many people wondered why she stayed with him. Beverly Gooden, a writer, launched #WhyIStayed to explain why she had remained in an abusive relationship. Countless survivors participated in the hashtag, revealing all the reasons they had for staying: finances, kids, pets, and even because the emotional abuse was so subtle and long-term that they did not realize it was happening.

This is why I love social media and online platforms: People can be physically isolated from their communities, but a simple smartphone can connect us to people across the country who are able to see the forest for the abusive trees. That is what has happened for a few #365FeministSelfie members, and I’m honored and proud to have been able to help them.

Still, no amount of feminist theory can truly prepare someone to hear a friend explain how she cannot leave an abusive relationship because her abuser is her only method of transportation. (It makes you realize that public transportation is a feminist issue.) Participants have sent money to fellow selfie-ists to erase personal debts in the hope that the abused can break free without the additional burden of debt weighing them down. We came face-to-face with how inflexible the workplace can be to those who are attempting to leave and require time off to seek out a new home, pack, and move—not to mention attempting to maintain a regular routine for one’s children and pets. Through the interactions with our abused selfie-ists, pictures tagged with #365FeministSelfie were manifestations of how helpless we can feel in a society that does not support the working poor or single moms.

For the average Instagram user, on most days selfies are a manifestation of how we want to be seen by others. My challenge was for feminists to take a selfie a day in order to see the beauty in ourselves and others while creating media that is inclusive of all aspects of feminism. It was surprising to us all that for some women, taking a selfie a day revealed the beauty that their loved ones had stolen from them.

The media calls selfies vain and narcissistic. In reality, sharing selfies helped women in abusive relationships look closely at themselves, realize what they deserve, and begin to do something about it. For the rest of us, we learned to look more closely as we scroll through social media, because now we know some of the smiles peering back at us are fake.

So I say, selfie on.