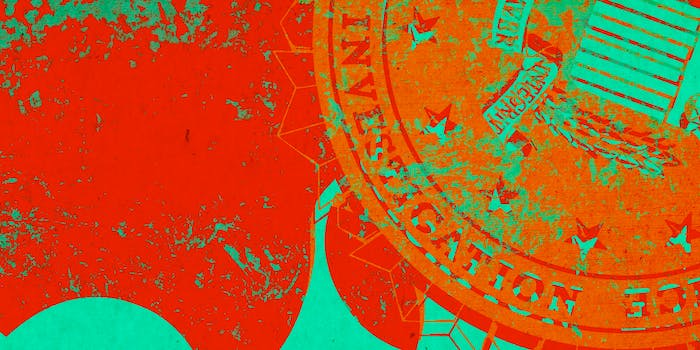 But that doesn't tell the whole story.

The number of American wiretaps that encountered encryption dropped dramatically from 2014 to 2015, according to the newly released 2015 Wiretap Report from the Administrative Office of U.S. Courts.

The drop, from 22 in 2014 to seven in 2015 on the state level, comes amid an ongoing debate in Washington and around the world over the role of encryption and special backdoor government access to encrypted communications and devices.

Here’s how the report frames it:

The 68 percent drop in encountering encryption comes despite a 21 percent increase in overall wiretaps authorized by courts in the same time period. No wiretap applications were denied in 2015.

Before you derive too much meaning from this statistic, however, it’s worth taking a moment to step back and gain some perspective.

In 2015, Deputy Attorney General Sally Quillian Yates said federal investigators had stopped seeking wiretaps for encrypted communications because they knew it would be useless. “So being able to give you hard numbers on the number of cases that have been impacted is really impossible for us,” she told Sen. Al Franken (D-Minn.) in July 2015 when he asked for specific data.

“Impossible” is objectively an overstatement there, however. Franken asked to start tracking “the number of times you run into technological challenges and therefore don’t seek a warrant for a wiretap. We need to think about how we think about this.”

In other words, there is no indication as to what the numbers in this new report actually mean or if Department of Justice investigators are actually tracking the encryption cases as Franken requested. The U.S. Courts has not yet responded to a request for clarification.