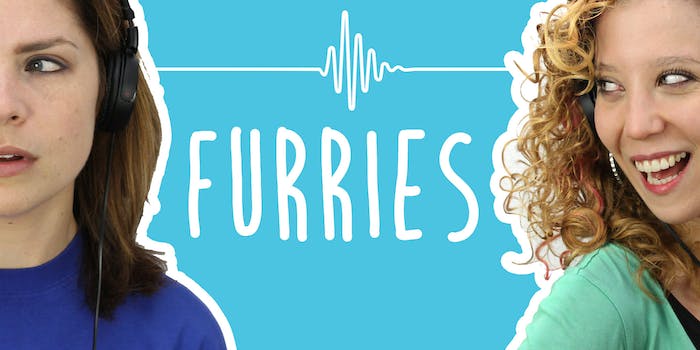 Is ‘furry’ a sexual orientation?

What happens when you put them in a room with the real people behind the most fascinating fringe online communities? You get 2 Girls 1 Podcast, a hilarious weekly show that proves weird internet people are just like us.

This week, we speak to Dominic Rodriguez, director of the documentary Fursonas, which chronicles the rise of the furry community. Furries are people fascinated by anthropomorphic animals, and often dress like (and have sex as) them. Dominic opens up about his journey to accept his own furry fetish and gives us a bird’s eye view of furry conventions.

Also in this episode: Why are overall hooks sold in such large quantities?

Subscribe to 2 Girls 1 Podcast wherever you listen to your favorite podcasts, and get new episodes one week early on the free TuneIn app!