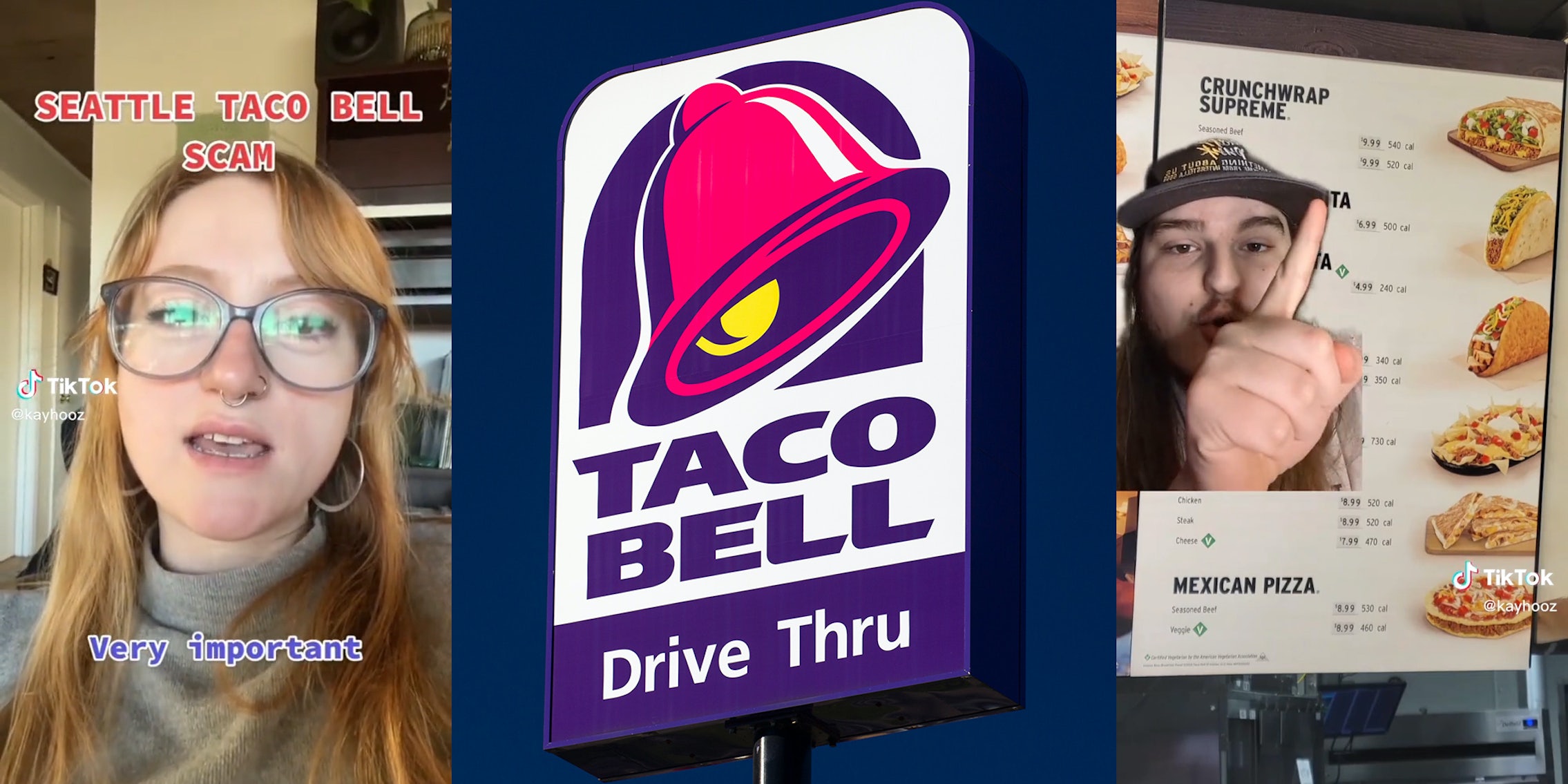 ‘Who is buying this?’: TikToker slams Taco Bell that charges $10 for a Crunchwrap Supreme

'How is this place in business?'

Fast food locations are getting called out on social media every day for price increases, however one Taco Bell franchise is purportedly charging almost double for its menu items, and is receiving a ton of slander on TikTok for the upcharges.

The @bloombrats_botanical account slammed the Queen Anne, Seattle location for its astronomically high prices, and another user, @kayhooz, stitched their video by going through photos of the menu taken by a customer who uploaded them to Google.

“So if you’re anything like me you’re incredibly curious to see how expensive this Taco Bell is,” @kayhooz starts.

The TikToker then attempts to look at the store’s prices via the Taco Bell app. However, app ordering is not allowed at that location.

Thankfully, a Google reviewer came to the rescue as they snapped photos of the menu at this particular Taco Bell, which appears to have higher prices than most locations around the country. The TikToker does add that the photos were snapped four months prior to him uploading the video, so he did give a caveat stating he’s unsure whether or not these prices have been changed.

“If I had to guess, maybe it’s gone up, but thank you to this person for posting these, because oh my God,” he says, showing a screenshot of the menu behind him. “I already thought my Taco Bells around here were kind of expensive compared to a lot of places, you know? Our value menu boxes are like $7 when they’re normally advertised for about $5. That’s a bit more understandable but, $10 for a Crunchwrap? $7 Cheesy Gordita Crunch? $5 for cheesy fiesta potatoes? Dude, I wouldn’t pay more than like two for those things are you kidding me? $8 for a Chalupa? $10 Nachos BellGrande? $9 quesadillas? What the hell is happening here!”

He also recounted some of the explanations that folks in the comments section of the initial video he stitched with gave for the exorbitant prices. “Oh because it’s not a corporate-owned location the owner can kind of just set the prices to whatever but Jesus Christ who is buying this?” @kayhooz asks. “Who in their right mind is spending $10 for a singular Taco Bell item?”

He then provided a reference comparison from a Taco Bell store in his own area.

“Yeah, $5.29 for a Crunchwrap is already kind of ridiculous but doubling that?” he says, also pointing out that because this store doesn’t allow app ordering, customers miss out on app-exclusive perks, meal combinations, and customizations that app users would get to enjoy at other locations. He points out that a $6 My Cravings box, which comes with a drink, Crunchwrap Supreme, Cheesy Fiesta Potatoes and Beefy 5-Layer Burrito is significantly cheaper than a single $10 Crunchwrap Supreme offered at this maligned Seattle Taco Bell franchise.

“How is this place in business I gotta know! Seattle people, please tell me,” he concludes.

The Daily Dot has reached out to @kayhooz via TikTok comment and Taco Bell via email for further information.

TikTokers who saw the post offered up some of their own reasoning as to why the prices are set to such high amounts.

“Queens Anne is a super wealthy area,” one user commented.

Another person wrote, “I once got paid $300 to pretend to read people’s auras at some rich lady’s party in Queen Anne lmao.”

This could very well be an instance of the Taco Bell owner taking advantage of the fact that the cheapest home for sale in the area currently listed on Zillow is $1,000,000.

However, one TikTok user refuted this explanation: “Everyone keeps saying Queen Anne is a wealthy area but y’all it’s in lower Queen Anne on Mercer!!! I live across the street it’s not a rich area lmao”

Others posted that another location in Ballard which is about a 15 minutes away drive charges nearly half of what the Queen Anne Taco Bell is demanding of its customers.