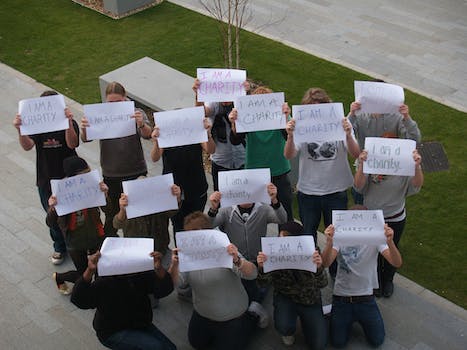 YouTube's Hunter Walk breaks down how the site can be used to benefit activists, nonprofit organizations, and educational outlets.

It’s a community ripe for creating social change, one that Hunter Walk, YouTube’s director of product management, attests is growing in relevance by the day.

Speaking with Forbes magazine Monday, Walk expounded on the recently surging YouTube for Good team, an initiative formalized last year to make the the video-sharing site more useful to activists, educators, and nonprofits, along with the ways in which that component of the site’s operations can change popular public perception about YouTube from an entertainment hub to a mecca for social change.

“We want YouTube to be a platform where advocacy, education and free expression live,” Walk told Forbes reporter Rahim Kanani. “Rather than have a small group of employees dedicated to philanthropy or social innovation, we want employees to think about building ‘good’ into everything we do, like making sure a new product designed for an individual user also works well for a nonprofit.”

He said that the site hosted more hours of educational videos than undergraduates at the top 10 largest U.S. universities spent in classrooms last year, while nonprofits, though not as expansive or refined, have a tremendous opportunity to make a greater impact by publishing public service announcements and calls to action online than they could through more traditional channels like television and radio.

It’s the inherent nature of a community site like YouTube to evangelize the messaging put forth by activists and nonprofit groups, he said. Now, it’s up to those organizations to find a way to take hold of it.

“Nonprofits cannot think of YouTube as a silo,” Walk stressed.

“YouTube is about interacting with constituents and finding new supporters. …  Nonprofits should cross-promote their videos on social networks and their own website. They should also get social with viewers by responding to comments and messages and soliciting comments or response videos from their viewers.”

In essence, it’s less about “going viral” than it is about creating actionable messaging.

“Reaching hundreds of thousands of views is not as impactful as inspiring a hundred viewers to take action,” he said before making reference to author Dan Savage’s It Gets Better Project, which launched in Sept. 2010 as an effort to build a support system for teens facing harassment over their sexuality and earned nearly 50,000 subscribers. “Many organizations are already quite sophisticated in their thinking and execution. These examples will create the templates everyone can emulate.”

That’s how YouTube foresees its transition from creating stars into creating armies. Online evangelizing may not be as popular as Nyan Cat, but it’s the firmest forger of community activism available today.