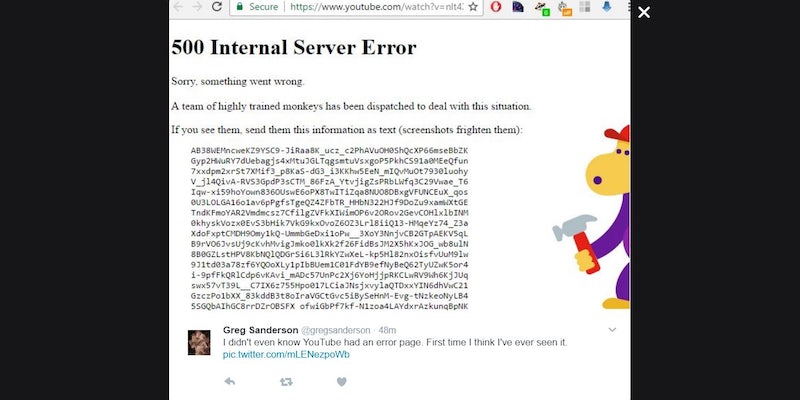 It's not just you.

YouTube appears to be experiencing widespread outages as dozens have taken to Twitter to voice their concerns.

The errors seem to be affecting users in Europe more than those in the U.S. We haven’t had any problem in the Daily Dot office, but the Next Web, one of the first to report the story, says its stateside writers have experienced intermittent outages, while its reporters in Europe can’t get past a “500 Internal Server Error” message.

Downdetector, an online tool that displays a real-time heat map of site outages, shows a significant hot spot over most of Central Europe. It also shows more than 1,200 reports of site outage in the last 24 hours.

In June, YouTube was down for 15 minutes for a routine engineering push. We haven’t seen a significant outage of Google’s video sharing site since September 2011.

Update 4:58pm CT, Feb. 21: Google tells the Daily Dot that it’s aware of the outages, and says that they were fixed Tuesday afternoon.