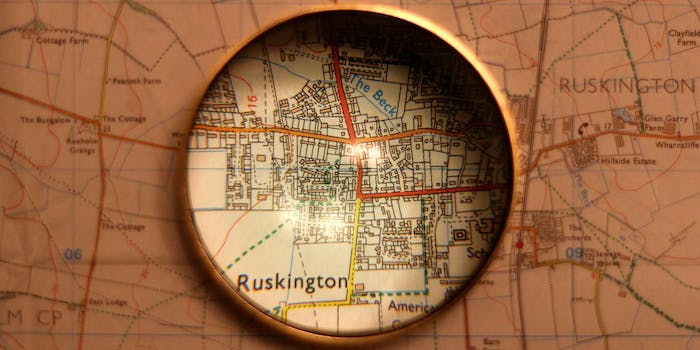 Photo via Kevin Doncaster/Flickr (CC BY 2.0)

The beauty of YouTube is that anyone can upload anything from anywhere. And thanks to a tool built by members of the YouTube team, you can find out exactly where the wacky videos you find came from—and what’s being uploaded around you.

The Geo Search Tool is a simple location search that lets you find uploads at a given address over a defined period of time. The search can be as broad (within 1,000 kilometers since the start of YouTube), or as narrow (a 1-km radius, uploaded in the last hour) as the user wants.

Advanced search tools can also be utilized to find specific videos, allowing you to narrow results by keywords, channels, and options like videos that are embeddable, live, or available under Creative Commons. These features are geared toward the primary purpose of the tool, which is for news organizations to find relevant footage from citizen journalists uploading to the site.

Results are dropped onto a map that can be navigated to see where the videos originated from. According to the documentation about the tool, the location search only applies to videos that have geo-tagging turned on. Likewise, filters are applied to the results to strip out anything that doesn’t have news value. You’ll still be able to see plenty of the weird stuff your neighbors are up to that slip through the cracks of the filter, though.

While users technically have the ability to opt out of appearing on the tool by disabling geo-tagging on their devices, it still presents some security concern.

For users who want to prevent their videos from potentially appearing on a map in the Geo Search Tool, geo-tagging permissions can be managed from the settings of their devices. For iOS users, go to Settings, select Privacy, go to Location Services, and set Camera app to “off.” Android devices will vary based on the version and user interface applied, but in most cases there should be an option to turn off the “GPS Tag” option found in the settings menu of the Camera app.

It’s also possible to strip the metadata from a video prior to uploading it, though the process generally requires a computer and third-party software.

Google did not respond to request for comment on the Geo Search Tool and matters of privacy.