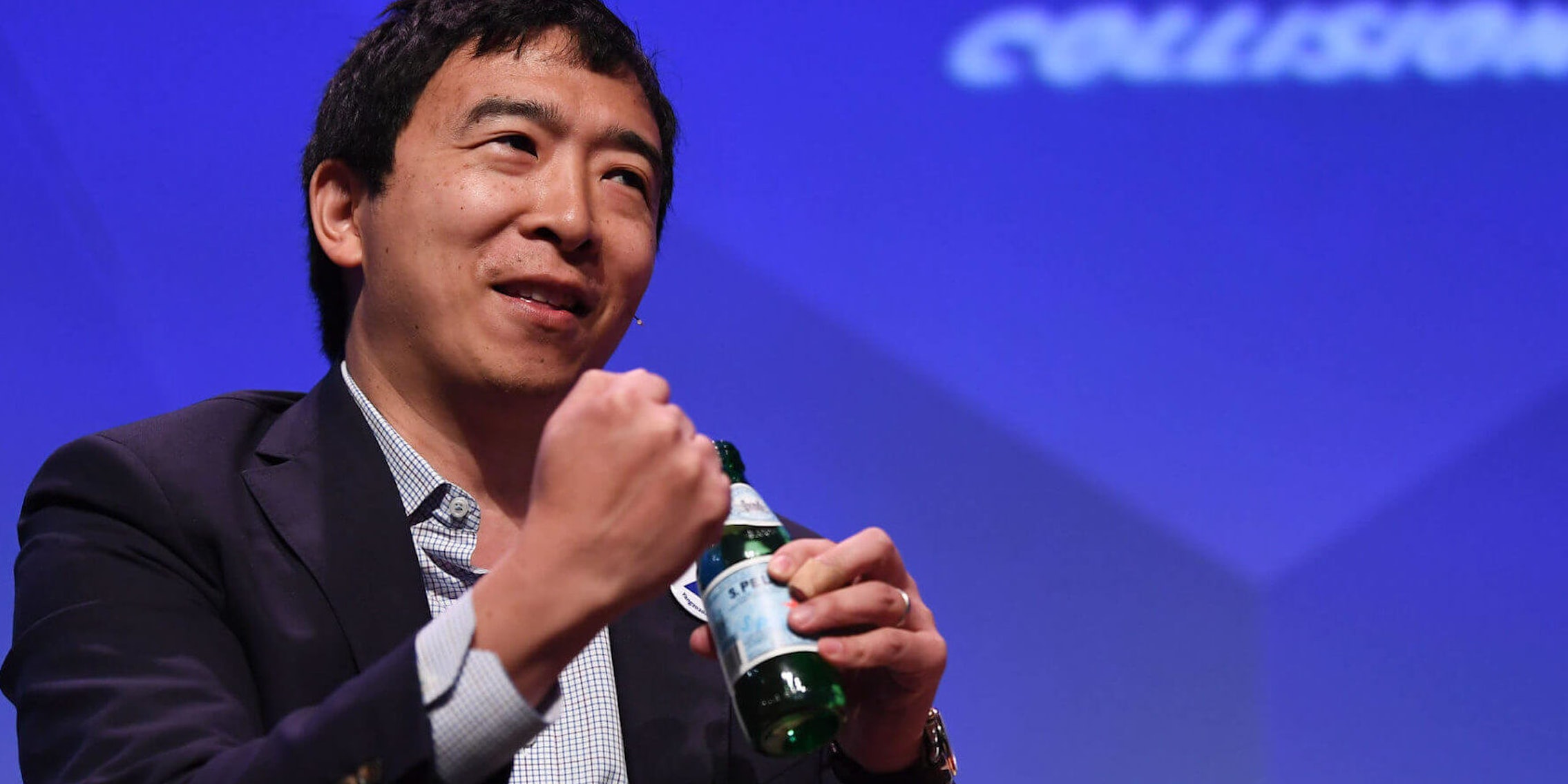 Can you guess what Andrew Yang’s debate surprise is going to be? (update: it’s money)

Will it live up to the hype?

Update 7:15am CT: Andrew Yang’s big surprise broke just prior to the debate, with news he would give a year-long Freedom Dividend to 10 people.

He opened the debate asking viewers to tell his campaign why they should receive the income plan.

“If you believe that you can solve your problems better than any politician, go to Yang2020.com and tell us how $1,000 a month will help you do just that.”

Zach Graumann told the Daily Beast that presidential hopeful Andrew Yang will be doing “something no presidential candidate has ever done before in history.”

The Daily Beast’s Sam Stein said the campaign manager refused to give any further details in a tweet.

Now, the Yang Gang is uniting under #YangDebateSurprise.

Andrew Yang’s campaign manager just called to tell me that at tomorrow night’s debate, Yang will be doing "something no presidential candidate has ever done before in history.” He declined to go further than that.

While Twitter is guessing what the stand-out candidate will do tonight, Yang dropped some possibilities, tweeting “two words for the debate stage tomorrow night: Gold chain.”

And another, “for those wondering I will be crowdsurfing in sandals at Thursday’s debate.” Yang recently crowdsurfed at a rally.

Yang hyped up his gang hours before the debate on Thursday. But looking back at his previous debate, Yang had one of the fewest words spoken, according to FiveThirtyEight. Yang spoke 1,710 word as compared to frontrunner Joe Biden, who had 3,819 words.

Still, many wondered what Yang is going to do to stand out from the pack.

Newsroom consensus is that Yang is gonna vape on stage tonight

He is going to jump into the crowd and punch someone to prove he is not a robot because that would have violated the first law of robotics.

But the guy in the audience could also be a robot so maybe technically he didn’t violate the laws. #YangDebateSurprise

Now, someone wants to start a contest over it.

Isaac Saul is offering a free lifetime Tangle subscription to whoever guesses Yang’s next move.

I'm starting a raffle. I'll give away a free lifetime Tangle subscription to anyone that can guess the unprecedented thing that @AndrewYang does at tonight's debate. I'll release the answers in tomorrow's newsletter. #YangGang you can make your guess here: https://t.co/t49Iap2VTd pic.twitter.com/gJN0C1SRKX

With only hours before the 10 candidates face off in Houston, it’s no surprise Twitter’s eyes are on Yang.