You can charge your phone with this swanky belt

On a nerd scale, it's right up there with the calculator watch. But that doesn't mean we're not into it.

Being out with a dead phone can feel like getting caught with your pants down. Hardware startup Nifty created the XOO Belt to make sure neither of those things happen to you.

Though it looks like a standard belt, the XOO Belt utilizes a new type of flat, flexible battery that gives it the capability to provide a charge to a mobile device. Nifty CEO Piers Ridyard found the malleable battery solution while in Taiwan.

“It was like the manna from the tech Gods,” he told the Daily Dot. “And [it] could not have been more ideally designed to put into our belt design.” 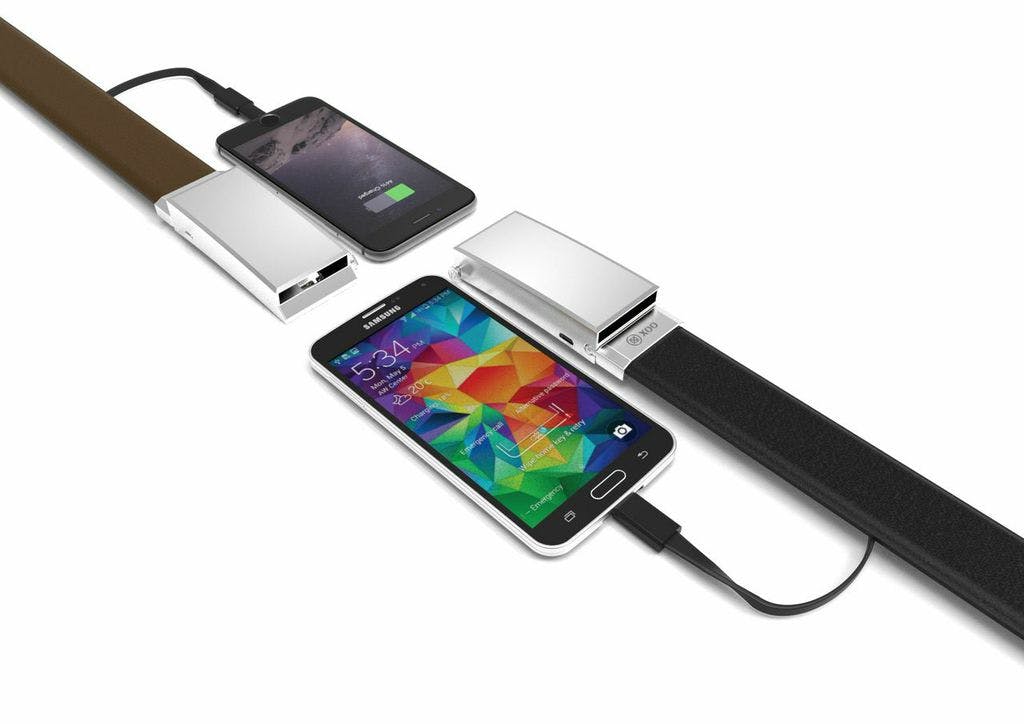 Six layers of the breakthrough thin battery are stitched into the leather of the everyday accessory, putting 2,100mAh (milli-ampere hour) of additional power around your waist—enough to charge an iPhone 6 with some juice left to spare. Ridyard says as battery densities continue to improve, his team will stay ahead of the curve with the power their belt provides.

“I needed a way to carry around the power I needed, but a way that I didn’t have to remember to pick up every morning when I left the house.”

A low-profile microUSB-to-USB cable provides the connection from the belt to the phone, with an optional Lightning adapter for those living in the Apple ecosystem. The belt itself is recharged via USB, a process that takes about three hours. On the nerd factor scale, it has to rank up there near the calculator watch, but desperate times call for desperate measures, and nothing creates urgency like a dead battery during a game of Trivia Crack.

Are there other solutions to this? Sure, but Ridyard finds them insufficient. “I’ve always had a problem with battery power on my phone (because emailing is so fun, right?), I am a case-hater (especially most battery cases), and carrying around an external battery has always been a pain, especially as I always seem to forget it when I most need it,” he said.

“Having gotten to battery critical one too many times without a backup plan, I decided that I needed to find a way to always be carrying around the power I needed, but a way that I didn’t have to remember to pick up every morning when I left the house.” 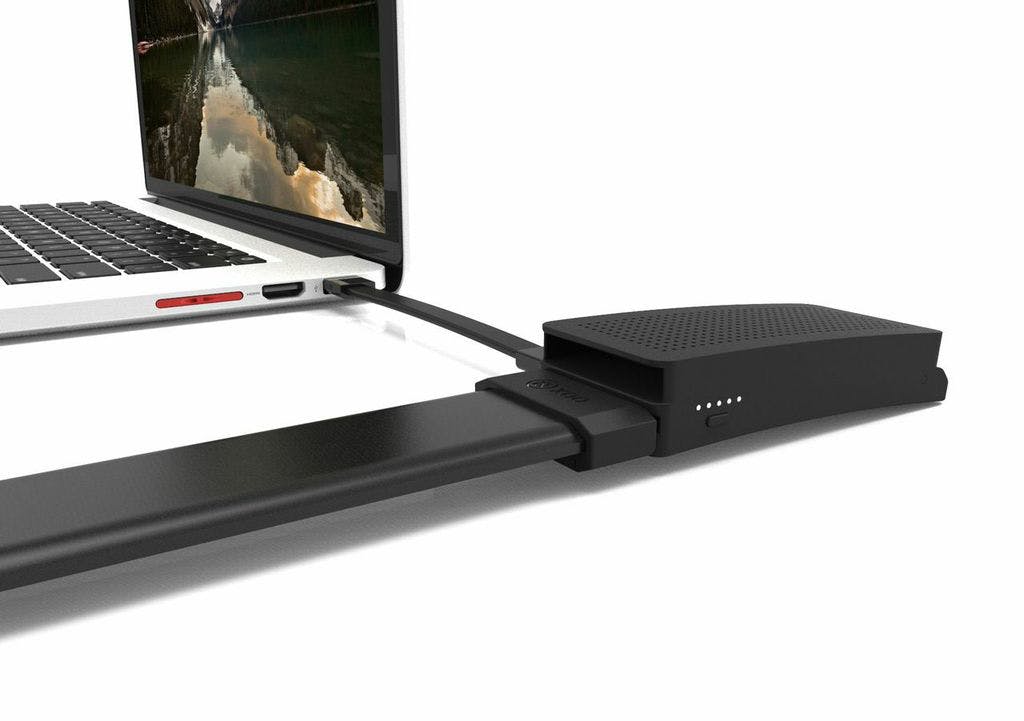 To add some fashion to the function, Nifty tapped London-based menswear fashion house Casely-Hayford to provide design guidance. Currently, the XOO Belt is available in two styles: The “Classic” is available in black or brown leather and sports a polished zinc buckle, while the Casely-Hayford design comes only in black but offers a choice of a plain black buckle or a sportier option with white striping.The belt wasn’t the first solution Nifty came up with. Ridyard says the company considered just about every place imaginable to put a battery: “On the wrist, as part of a bag (so you couldn’t take it out and then forget it), in the shoe, and around the waist.” The discovery of the flexible battery made the belt a no-brainer.

For anyone about wearing what amounts to an electrical charge on your person, Nifty assures us that the belts are safe. The battery used is composed of solid lithium ceramic polymer electrolyte, which means there is no flammable material and no liquid that can leak. 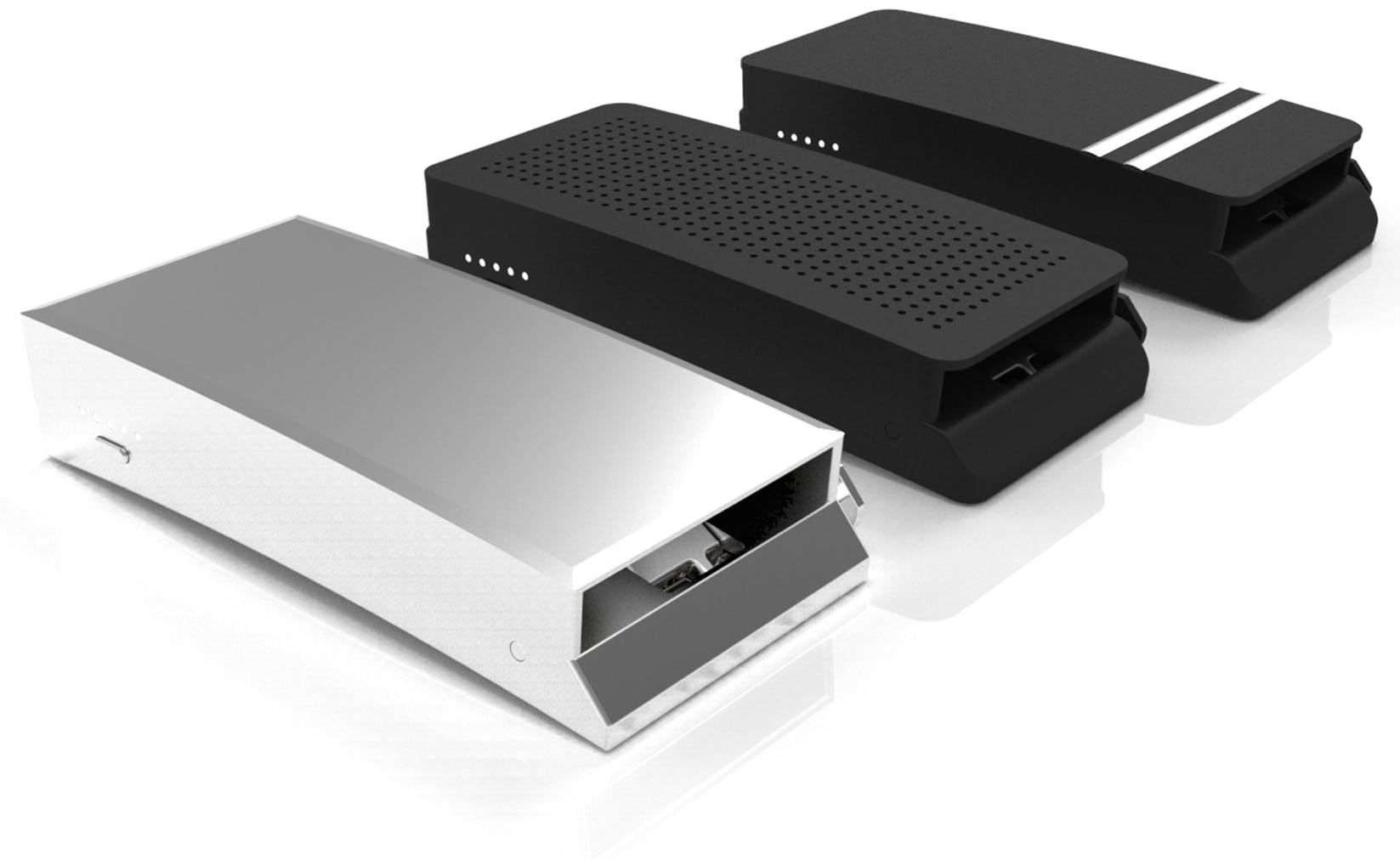 That doesn’t mean that TSA agents at the airport will be thrilled to see you wearing it, of course. Although it does meet the safety parameters of the Civil Aviation Authority, Nifty suggests consulting the airline before traveling with it.

You’ll also want to make sure to avoid excess exposure to water. “Our belt is rain proof, but going swimming with it will kill it as surely as I killed the Nokia 3210 that I forgot in my swimming shorts one day,” Ridyard said.

And do not make the mistake of sending the belt through the washing machine. “Much like a nice leather belt (or most leather products, or your mobile phone for that matter) putting it through the washer will ruin it.”

The XOO Belt is available for preorder, starting at $125, and it’s expected to start shipping in July 2015.