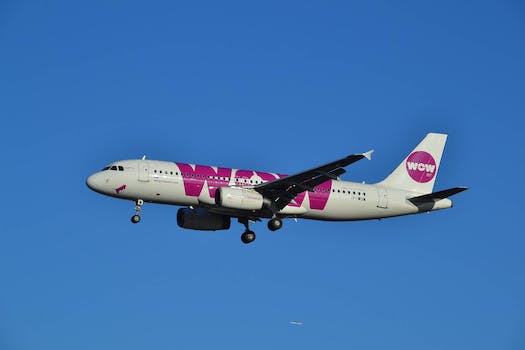 A picture is worth a free flight and hotel.

Are you an expert Snapchatter? There may be trip in you future thanks to your selfie prowess. WOW Air is looking to hire prolific snappers to travel the world for free and document the whole thing on Snapchat.

The budget-friendly, Icelandic airline is searching for a lineup of Snap-happy jetsetters that it calls SnapTravelers, who will be given the opportunity to travel to four of WOW Air’s 28 destinations. Included in the options are cities like Amsterdam, Barcelona, Berlin, London, and San Francisco. Where the travelers go will be chosen at random.

The trips will take place between June and August of this summer, and will be all-expenses paid; everything from the flight to the hotel to the activities will be on WOW Air’s dime, with a built-in travel allowance included as well.

While on the ground in the cities, the SnapTravelers will be required to partake in two Snapchat-worthy activities over the course of their stay, which will last between three and eight days. The airline will decide what the activities are, though it encourages the travelers to offer suggestions as to what they’d like to do.

There’s an awful lot of control over the experience being held by the airline, but since the company is paying for every facet of the trip it’s understandable.

WOW Air isn’t the first travel-centric company to embrace folks with active social media presences in hopes of turning their propensity to document everything into publicity. A restaurant in the United Kingdom allowed patrons to pay their bill by posting their meal on Instagram; likewise, a hotel in Australia encouraged Instagram stars with more than 10,000 followers to stay for free.

If you want a shot at becoming one of the SnapTravelers, you still have some time; applications must be submitted by May 8, 2016. Prospective snappers will have to submit a two-minute Snapchat Story to submit, along with social media handles.