It's going to be huge.

Are we alone in the universe? China intends to find out. By next year, the nation will play host to the world’s largest radio telescope.

The Five-hundred-meter Aperture Spherical Radio Telescope (FAST)—so aptly named because of its 500 meter diameter—is nearing completion in Pingtang County, China. Once finished, the massive telescope will scan the sky for radio signals and potential signs of life that could be of billions of light years away. 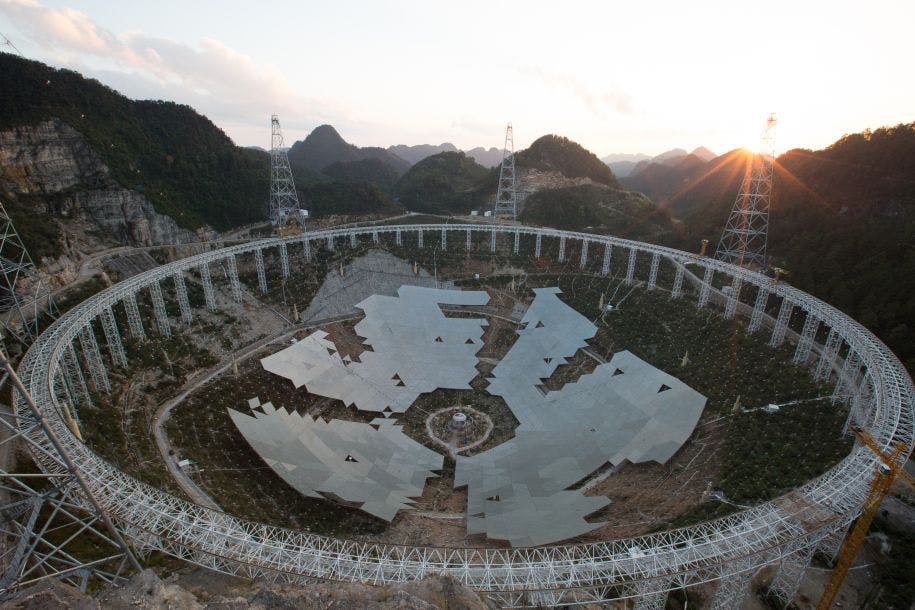 FAST Project via Xinhua News Agency/Jin Li and Wang She

Nan Rendong, the chief scientist on the FAST project, told CNN, “a radio telescope is like a sensitive ear, listening to tell meaningful radio messages from white noise in the universe. It is like identifying the sound of cicadas in a thunderstorm.” 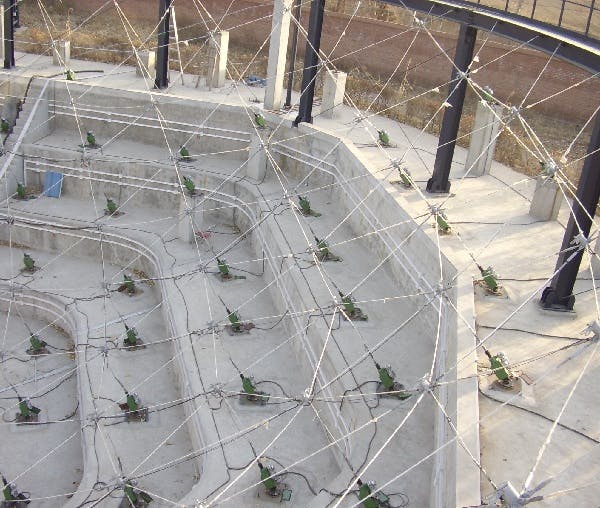 Work on FAST began back in 2011, nestled into a natural indentation in the mountains of China’s Guizhou province. The remote location should make for minimal radio interference and allow the telescope to perform its search without interruption.Once the telescope is operational—it’s expected to be by September 2016—it will officially surpass the Arecibo Observatory in Puerto Rico as the largest radio telescope. FAST, which will be about the size of 30 soccer pitches, will trump the Arecibo Observatory telescope’s diameter of 305 meters. And it won’t just be bigger; FAST will be more sensitive as well. The new telescope will be three times more sensitive than its sibling in Puerto Rico.

Only time will tell if FAST will successfully find signs of life bouncing around somewhere out there in the universe. If it doesn’t, then it can always moonlight as the world’s largest guacamole bowl.