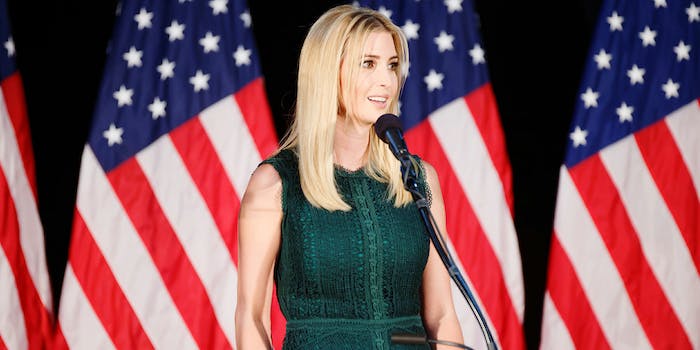 A third person was detained by police.

Two Chinese labor activists investigating violations at a factory that makes Ivanka Trump shoes have been reported missing while a third has been detained by police, according to media reports.

The three activists were working undercover at a factory in the province of Jiangxi, Bloomberg reported. The factory, run by Huajian Group, is one of 15 factories that make products for Ivanka Trump’s brand, according to Bloomberg.

China Labor Watch, a New York-based advocacy group, sent a letter to Trump in April alleging workers in the factory were forced to work at least 12-and-a-half hours each day and make a monthly salary equivalent to $363.

Two of the activists, Li Zhao and Su Heng, have gone missing, Bloomberg reported, while the third, Hua Haifeng, was detained by police for “illegal eavesdropping.” The other two activists are presumed to also have been detained, according to the Washington Post.

Li Qiang, the founder of China Labor Watch, told the Post workers being detained was unusual.

“This never happened before in my 17 years’ experience. This is the first time,” he said. “The only reason we think this case is different is that this is Ivanka Trump’s factory.”

A spokesperson for Ivanka Trump declined to comment for Bloomberg’s story.

The factory also makes products for brands such as Coach and Marc Fisher Footwear, according to Bloomberg.

Trump’s brand has been relabeled amid backlash against her father’s policies as president.