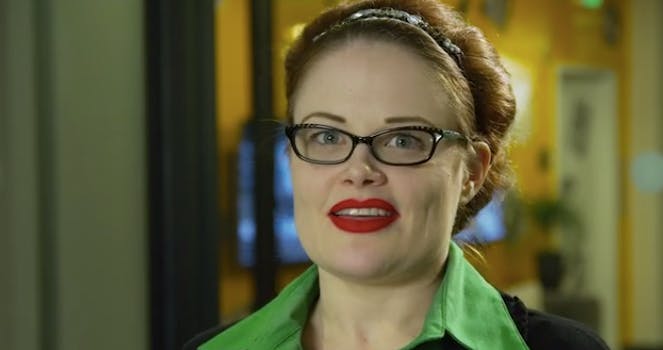 Meet the woman writing the book on women in technology

It needs to be written. Here's why.

Tarah Wheeler Van Vlack, CEO of Fizzmint, hiring consultant, and a veteran technologist did not mince words in a recent interview with the Daily Dot. “I’m disappointed and angry at the fact that 1983 was the high point for women in technology and it’s been decreasing ever since.”

Van Vlack is literally writing the book on women in technology. As a startup founder herself with decades of experience helping women find work in the tech industry, she decided to put her advice down in words to help women navigate the technology environment from the time they enroll in computer science to when they get promoted to the chief executive officer or start their own company.

Her Kickstarter project, Women In Tech: The Book has raised over $16,000. The goal is to both empower women to pursue technological careers, and understand the different challenges women face in the industry.

Van Vlack isn’t doing it alone. She’s enlisted the help of a handful of inspiring, diverse women with a variety of professional and personal experiences to write down their own narratives about what it’s like being a woman in technology.

Brianna Wu, game developer and outspoken critic of both the industry and Internet harassment, is writing the gamer chapter. Erin Jacobs, managing partner at UrbaneSec and well-known information security expert, is writing about founders. Kristin Toth Smith, CEO of Code Fellows, will talk about education. And software engineers and speakers Kamilah Taylor, Angie Chang, and Katie Cunningham are contributing as well.

The book is part personal stories and part advice. Van Vlack will talk about how women can break into technology, how they can ask for promotions, be a parent, and balance the different paths that are easier or more difficult as a mother. There will even be detailed information about how to shake hands, a skill, Van Vlack said, that’s vitally important in job interviews.

“I’ll polish off the book with a couple of discussions on regulations and sexual discrimination at work,” she said. “Here are the things that will come up and here’s how to handle it.”

Why we need this book became glaringly obvious earlier this week, when Van Vlack and her coauthors hosted a Reddit “Ask Me Anything,” session.

Unfortunately, and yet so predictably, the thread was filled with harassing comments, and the earnest questions were down-voted so they appeared way at the bottom. In fact, someone decided to get the AMA removed for violating terms—some believe tweeting about your AMA is frowned upon.

The question and answer session attracted its trolls, including a number of people Van Vlack believed to be a GamerGate contingent. (Wu is one of the group’s favorite targets.)

“It felt like I got beat on with phone books for three straight hours and had to keep a happy face on,” Van Vlack said. “But that’s not the story. The real story is that this extraordinary group of women trust me to bring this book to fruition, and I’m honored.”

The authors are hoping to publish the book by November, in time for holiday shopping.

“There’s something wrong that the most prestigious career available for people seems to be less and less open for women,” she said.